According to Reuters’ report, The mid-tier lender said it cut loan growth this year to between one to two percent of total loans, down from 22.3 percent growth last year, Tunde Mabawonku told an analysts’ Chief Finance Officer call.

“Economic headwinds are still here, though we see it improving. We believe that H2 will be much better.”

Nigeria is in its second-year of a recession brought on by lower oil prices, which also triggered a currency crisis. However, the inflation rate is moderating, even though it is still above 16 percent, and liquidity on the currency markets is improving, Wema said. 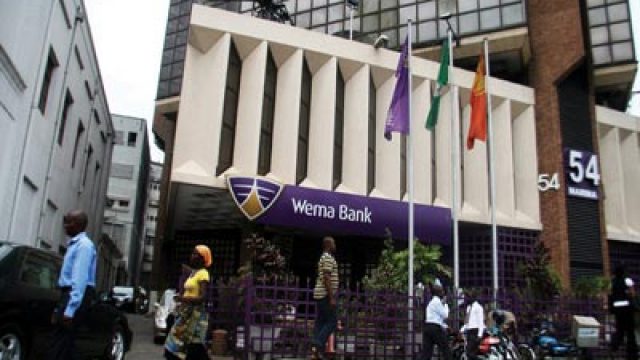 Wema shares, which have gained 4 percent this year, shed 1.8 percent on Thursday. They slumped 46 percent last year as the banking sector, particularly smaller lenders, was hit by the economic slowdown and currency crisis.

Mabawonku said the slowdown in loan growth was necessary to restructure Wema’s balance sheet to pay down expensively fixed deposits and retain liquidity in the business. However, it would offer short-term loans mostly from repayments this year.

He said the bank could raise debt capital this year assuming bond yields, currently around 18 percent, moderate with inflation. This would help it increase its capital adequacy ratio (CAR), which is currently at 12.71 percent.

“Without the incremental Tier II, our guidance for CAR will be 12 percent by the end of the year. The key driver for capital adequacy will be a Tier I raise which we plan later next year.”

The bank said it was focused on growing organically and would generate income from fee-based activities this year.

CEO Segun Oloketuyi told Reuters in May the bank was still open to mergers and acquisitions to build scale but will focus on growing its own retail business through a low-cost digital strategy it developed to attract and serve consumers cheaply.

Mabawonku said the bank’s digital banking platform has attracted 26,000 new customers since its launch in May and is opening around 1,000 new bank accounts a day. Wema has said it was eyeing three million customers by 2020 from one million now.