DAR ES SALAAM – Mosquitoes are often described as the most dangerous animals on earth, because the diseases they transmit – including malaria, dengue, and Zika – cause more than a million deaths annually. But strategies for mitigating these threats remain far from adequate. 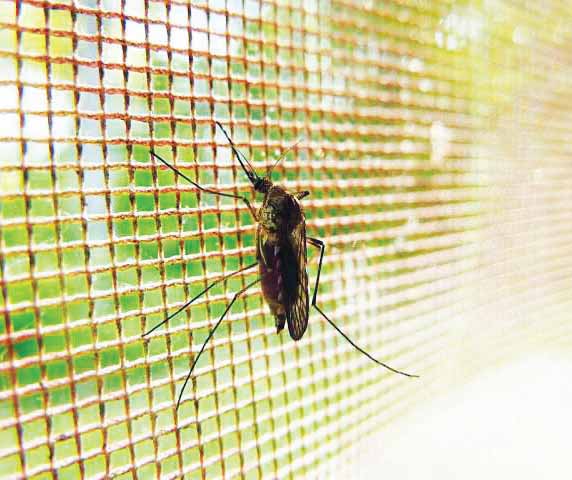 Consider malaria, which, according to the World Health Organization, infected over 200 million people in 2017, killing 435,000. Until the 1940s or so, anti-malaria strategies rested on three pillars: better environmental management, improved housing, and stronger health systems. Accounting for the mechanisms of malaria transmission (first described over 100 years ago), public-health authorities focused on minimizing the proliferation of the Anopheles mosquito, people’s exposure to it, and their access to appropriate medical care.
The countries that adopted this approach achieved great progress – and in most cases, have remained malaria-free. In the United States, for example, malaria deaths declined by 75% between 1920 and 1939.
Then, in the 1940s, the arrival of the highly effective insecticide Dichlorodiphenyltrichloroethane (DDT) changed everything. DDT quickly became the cornerstone of malaria-control strategies, including the first attempt to eradicate malaria globally. Thanks to its widespread use, substantial progress on malaria was made in Europe, the Americas, the Caribbean, and some parts of Asia.
In Africa, however, the DDT-based malaria campaign largely never got off the ground, owing to a poor logistical capacity, ineffective public-health administration systems, or a lack of resources to scale up use. Starting in the 1960s, malaria cases skyrocketed across the continent.
But the world started paying attention only in the late 1990s, when malaria was causing over one million deaths annually and contributing to economic stagnation through lost labor productivity. Finally, in 2000, African heads of state and government gathered in Abuja, Nigeria, to confront the emergency, pledging to halve malaria mortality by 2010.
Faced with limited funding and capacity, however, governments handed over much of the responsibility for fulfilling their commitment to external donors, bilateral partners, and non-governmental agencies. The strategies that emerged emphasized distributing easy-to-use commodities – including insecticides, insecticide-treated mosquito nets, and artemisinin-based antimalarial medicines – and expanding access to prompt diagnosis.
From 2000 to 2015, the number of malaria deaths in Africa was halved and 750,000 malaria cases were averted. Experts credit insecticide-treated nets, house spraying, and artemisinin-based treatments with 80% of these gains.
But, despite its advantages, there is a serious problem with this approach: it has fueled the rise of a massive malaria-control industry that is increasingly disconnected from the core mission of keeping communities healthy.
The most affected African countries – Burkina Faso, Cameroon, Democratic Republic of Congo, Ghana, Mozambique, Niger, Nigeria, and Uganda, which together account for 60% of the global malaria burden – regularly import the bed nets, insecticides, and medicines being promoted by industry players. Yet malaria is on the rise again, with the number of new cases rising in 16 African countries by more than 100,000 from 2016 to 2017, according to the WHO. It does not help that “commoditization” of malaria control has also contributed to the depletion of practical malaria expertise in endemic countries.
As the world pursues the Sustainable Development Goals – which include the target of ending the malaria epidemic by 2030 – it must rethink its approach. If global anti-malaria campaigns regress, malaria cases could surge by up to 74% by 2030. But even if commodity-based strategies are maintained, the result will be only a marginal reduction of global malaria incidence in 2030, relative to 2016.
That is why, as major international partners continue to advance the commodity-based approach, African governments and other partners should be pursuing a long-term strategy focused on building resilience. They should be localizing the manufacture of mosquito nets, upgrading housing (such as by screening windows and closing eaves), ensuring that health systems have the capacity to identify and treat new malaria cases, and expanding health education in schools and communities.
Given that malaria disproportionately affects the poorest households, there is also a need to focus on boosting food security and, more generally, on improving household economies. Since these programs are not typically managed by health ministries, alliances must be built across relevant sectors. Such a holistic approach will be crucial to progress on the entire SDG agenda.
To fund these efforts, countries should take advantage of domestic resources, subsidies, tax rebates, or other innovative financing mechanisms, such as a $10 malaria levy paid by international travelers visiting endemic countries. As progress accelerated, the burden on national health systems and economies would be reduced, freeing up more resources to support further progress on combating malaria and in related areas.
Commodities can continue to deliver some short-term gains in the fight against malaria.
But the only way to defeat the disease once and for all is with a long-term, resilience-building approach.