By Ewelina U. Ochab

On February 16, 2019, general elections will be held in Nigeria.  The list of candidates is long. Among them, the leading candidate is President Muhammadu Buhari who is hoping to be reelected. The question is whether his record in recent years proves he has what it takes to secure the win. 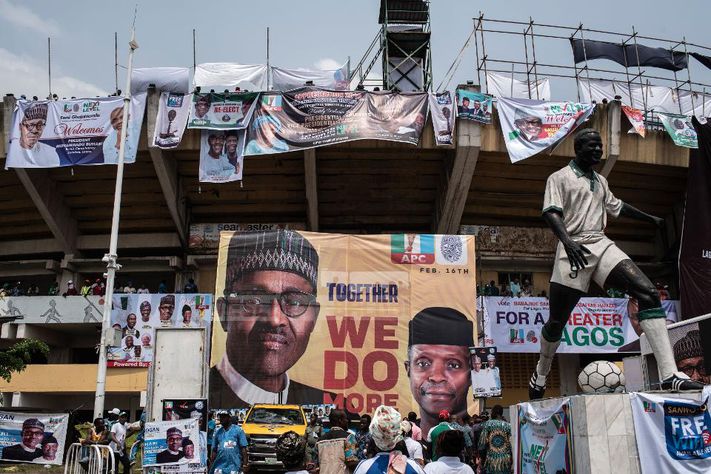 Buhari has received widespread praise for his strong stance on corruption and for his proactive approach to the mass atrocities perpetrated by Boko Haram in Northern Nigeria. Nonetheless, the conduct of the Nigerian Security Forces in addressing the issue of Boko Haram is currently considered by the International Criminal Court as possible war crimes and crimes against humanity. Also, the handling of the cases of Leah Sharibu and Alice Loksha Ngaddah show that the claimed success is tainted.

Yet there remains a significant issue that has been neglected. For Buhari, it may cost him the elections.

That issue surrounds the mass atrocities perpetrated by the Fulani herdsmen in the Middle Belt – atrocities that in 2018 have outnumbered the fatalities caused by Boko Haram.

The atrocities perpetrated by the Fulani herdsmen have been the cause of thousands of fatalities in 2018. As a result, in July 2018, the Nigerian House of Representatives recognised the atrocities in Plateau state as genocide. Despite this designation, no decisive steps have followed to address the alarming situation in the Middle Belt. The question the Nigerian electorate has to ask is why Buhari has failed to respond to it.

The situation in the Middle Belt is often referred to as a clash over grazing land. However, the attacks are more targeted. They occur against indigenous tribes and local, mainly Christian, farmers. These farmers are being attacked and slaughtered in their own homes. Further, the clashes intensified around the 2011 elections, and again around the 2015 election suggesting political motives.

Because of the systematic nature of the attacks, and the specific targeting Christians, it has been suggested that Fulani herdsmen are not only looking for dominance over territory and properties, it looks as though they ultimately want to eliminate the presence of Christians from the area. However, there are also reports that Fulani herdsmen attack anyone who does not follow their ideology.

Violence perpetrated by Fulani herdsmen in Nigeria is nothing new and the situation has been deteriorating since approximately 2012. However, recent months have seen a definite intensification of their campaign. Looking at the figures between January and June 2018, there were 47.5% more attacks by Fulani than those of Boko Haram. The Armed Conflict Location and Event Data Project reported that since the beginning of 2018, “66 separate events involving the militia have been recorded, a 260% increase from the same month in 2017.” One of the more recent attacks (on June 23, 2018) left more than 200 dead.

In response, the Nigerian military reportedly deployed 300 soldiers and seven helicopter gunships to Benue, Plateau and Taraba States. This action came months if not years too late.

And indeed, the situation only continued to deteriorate over the subsequent months. As a result, new data suggests that between January and September 2018 alone, Fulani herdsmen were responsible for nearly 1,700 deaths, a figure that is six times greater than the number of people killed by Boko Haram that year.  This is how the Fulani herdsmen secured the title the most lethal faction operating in Nigeria in 2018.

Boko Haram has been a significant threat to peace and security in Nigeria and had to be addressed by Buhari. However, the flagrant neglect of the issue of violence in the Middle Belt cannot be justified. The question remains, will Buhari rule despite failing to address havoc in the Middle Belt?

Ewelina U. Ochab is a human rights advocate and author of the book “Never Again: Legal Responses to a Broken Promise in the Middle East.”