Xend Finance, the Nigerian decentralised finance (DeFi) platform for credit unions and cooperatives, has increased its funding round to $2 million after announcing a key partnership. 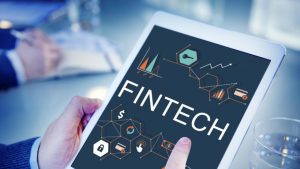 Xend Finance in 2019 partook in the Binance Incubation Programme and Google Launchpad Africa accelerator and thereafter developed a platform which offers people access to the global money market where members can save and invest in stable currencies.

Users then get to create their own credit unions and cooperatives, cutting off traditional middlemen while bagging a near 15 per cent yearly percentage yield on their savings.

The funding round now being topped alongside additional investments from new investors, led by NGC Ventures and Hashkey, brings the total raised by the company to $2 million.

Xend Finance has also introduced a product integration and business partnership with TechFusion Africa, a Software as a Service (SaaS) provider in Africa that counts nearly 5,000 credit union members across its suite of products who will gain access to Xend Finance’s DeFi credit union platform. Xend Finance affords TechFusion Africa’s members access to the global money market so members can save and invest in stable cryptocurrencies, while earning higher interest rates.

Aronu Ugochukwu, chief executive officer of Xend Finance said: “We’re very excited to be forming practical and tangible business partnerships that can provide immediate dividends for people who need it in developing countries”.

Ugochukwu said that TechFusion is one of the leading providers of solutions for cooperatives and credit unions in Africa and that partnering with them ensures that Xend can spread the rewards of DeFi faster across the continent.