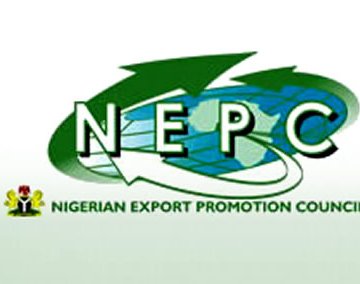 A major lift in women’s businesses, that would be the outcome of an international linkup being put together by the Nigerian Promotion Council (NEPC) would soon come the way of no fewer than 3,000 business women across Nigeria’s south east zone in the next two years, it has emerged.

The initiative will birth as the NEPC begins working on a business connection project with the International Trade Centre (ITC) of the United Nations Organisation.

It is the SheTrades in the Commonwealth project (STCP), an initiative funded by the United Kingdom Department for International Development (DFID). It would run for two years, with Nigeria, Ghana, Kenya and Bangladesh as benefitting countries.

Nigeria’s south east zone, comprising five states, with a regional gross domestic product (GDP) of over $50.76 billion (a 2016 aggregation), is notable for its business acumen, especially in trade, fabrication and light industries.

Olusegun Awolowo, who leads the NEPC, said at a sensitization workshop on SheTrades in the Commonwealth Projects (STCPs) held last week in Enugu, that the projects (STCP) would be implemented by the ITC for two years.

Over 300 women who are into various businesses from the five states of the south east participated in the Enugu event.

He said the projects were aimed at increasing the economic growth and job creation potential in commonwealth countries by enabling the increased participation of women-owned businesses in international trade.

Awolowo, who was represented by NEPC regional coordinator, Rose Ekanem, said the participating countries (Nigeria, Ghana, Kenya and Bangladesh) in the two-year programme would engage in sectors like agriculture, (shea-nut, spices and cashew), textiles and apparel, handicraft, and services.

“You will recall that the launch of SheTrades initiatives in June 2016, and the subsequent launch of SheTrades in the Commonwealth projects in Nigeria early this year by the International Trade Centre, in collaboration with NEPC, was aimed at connecting 200,000 Nigeria women-owned businesses to the global market, as part of the broader UN-goal of connecting three million women to the market by 2021,” Awolowo said.

He noted that the council was determined to join other countries by working together to boldly make women business enterprises significant contributors to the country’s economy and revenue.

“Today, we are focusing on partnering on better integrating women into the economic fabric of Nigeria through connecting them to the global trade. Women are the backbone of practically all economies. But in Nigeria, I can safely say women are at the very heart of the economic life of the country especially the informal economy,” he said.

Nigerian government had done an impressive work over the years in empowering women, Awolowo said, adding that it reflected in Nigeria’s national gender policy which focuses on women empowerment, and eliminates discriminatory practices that are hampering businesses.

According to the African Development Bank (AfDB), Nigerian women supply approximately 70 percent of agricultural labour, 50 percent of animal husbandry related activities and 60 percent of food processing; yet they have access to only 20 per cent of available agricultural resources.

The head of department, Women In Export at NEPC Abuja, Leticia Onu challenged women from the south east to register with the SheTrades initiative, and expose their business to the international market.

She explained that the women stand to benefit a lot, as they would be exposed if and when they register.