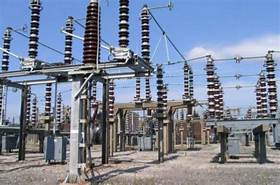 The cash will be raised by the federal government, shareholders of the DisCos and private investors. It is all to upgrade power distribution facilities.
Upon the privatisation of the 11 Discos of the Nigeria Electricity Supply Industry (NESI) in 2013, the Federal Government retained 40 per cent of the equity in the DisCos and divested 60 per cent to private investors.
But power supply has remained epileptic, with the DisCos complaining about lack of cost reflective tariff and the government’s refusal to activate its stake in the companies.
Mohammed, who broke the news of the government’s plans to upgrade the distribution network in Abuja, noted that the Federal Government will inject $1.7 billion into the DisCos. Private investors will  pay up the balance that is proportional to their 60 per cent equity in the companies.
The DisCos have eight million customers.
Going by the plan, each of the DisCos is expected to raise $500 million and the Nigerian Electricity Regulatory Commission (NERC)  is to declare that all the procurement processes for the equipment shall be competitive.
REad also: Fate of DisCos shaky as govt plans other options
Mohammed said: “This money can be raised. The government was about to collect $1 billion from the Word Bank for DisCos to finance the capitalisation of the DisCos.  The AfDB (African Development Bank) and others are talking about another $1 billion for distribution expansion.
“NERC should do a regulation consistent with the declaration of ECOWAS directive that all procurement of DisCos and transmission should be done competitively so that this money that will come in, and it will not be squandered by people giving contracts to their cousins and wives.”
He was emphatic that the private investors would not raise their loans from commercial banks, stressing that “this money has a repayment period of about 20 years and a moratorium period of about five years”. “So, they (private investors) should bring the same type of money”.
According to Mohammed, the recapitalisation will boost power distribution.
He said with the moratorium of five years, there will be funds to reduce the aggregate technical and commercial losses, which is now an average of 50 per cent.
In the next five years, a reduction of the losses is also expected to bring down the tariff. Any increase will, therefore, be marginal.
The TCN boss said: “Tariff may go up as a result of the fact that there is going to be repayment of those capital and also payment of interest.”
Justifying the privatisation of the companies, the TCN boss added that the only mistake made by the government was that of the capitalisation of the DisCos.
He noted that the firms were privatised to investors who had no financial capability to run them but succeeded in “deceiving” the country with foreign technical partners that pulled out immediately after the privatisation.
Stressing that the government cannot remain passive in the operation of the DisCos, Mohammed said government ownership must be represented by four directors in the firms.
His words: “What we are saying is that to correct this thing, we have to recapitalise the DisCos. The recapitalisation requires $4.3 billion, which means they have to bring the balance.”