As Nigeria experience further growth in financial inclusion and bank customers continue being dependent on various electronic channels for their daily financial transactions, a trend of fraud in the financial sector, which is changing the financial services industry, has been predicted to continue if financial institutions do not keep in mind the need for continuous innovation and strategies to help mitigate the looming threats of financial fraud all over the industry. 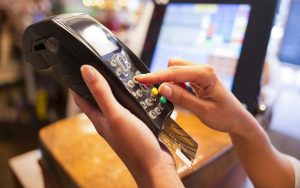 Recent data obtained from the Nigerian Interbank Settlement System (NIBSS) revealed that during the first nine months of 2020, over N5 billion was lost as a result of fraud in the banking sector and about 91 per cent of all frauds attempts during the period resulted in total loss.

The data also shows that fraudulent activities have led to the loss of about $42 billion globally with 39 per cent coming from external parties while 37 per cent are perpetrated by internal parties.

A critical analysis of the data on banking industry fraud in Nigeria from January to September 2019 and 2020, respectively, show that there exists a similar trend in the data set as the growth in the use of electronic channels especially in mobile devices. The contribution from mobile devices to the total bank fraud through electronic channels rose by 330 per cent between the first 9 months in 2019 and January to September in 2020. But the rate of fraudulent activities via mobile channels in 2019 was 20% and 36% in 2020, which has enticed fraudsters into focusing their efforts on these electronic channels.

Similarly, while the channel of distribution points that there was a moderate shift of fraud attempts towards mobile and internet channels year on year, further analysis of the total number of fraud attempts signal a more alarming explanation.

A breakdown of the data further shows that the total number of fraud attempts between January to September witnessed an uptick by 186 per cent between 2019 and 2020. Also, total fraud attempt cases with the use of internet banking and Point of Sales (PoS) terminals also rose 173 per cent and 215 per cent year on year, respectively, in 2020 from 2019.

According to the NIBSS report, the rise in transaction processing speed and the availability of channels comes with an unavoidable impact which allows for more vectors of fraudulent dealings which has been duly observed in several countries globally.

Nigerians have long been alleged to have been responsible for some sly and ingenious scams, so much that the country’s reputation on the global scene has become largely negatively impacted by this trend. Though, this reputation predates the emergence of electronic payments in Nigeria, it has continuously advanced to the extent that financial institutions and service providers alike are relentlessly on the lookout for odd behaviour to ensure that any potentially deceptive behaviour is nipped in the bud.

In the wake of the pandemic, according to the NIBSS report, there has been a marked rise in the total threat levels including a seven-fold rise in phishing attacks. Meanwhile, in Nigeria, the pre-covid trend portends a substantial rise in reported activities involving fraud. However, a lull in the trend was seen post-pandemic presenting a reception relief for institutions as an opportunity to beef up additional security measures before the full resumption of economic activities.

Mitigating the increasing rate of fraud in Nigeria?

The ever-increasing digital turnaround of the Nigerian financial services sector will drive results in a significant change to the traditional risk landscape for almost all institutions and the entire financial sector. However, potential loopholes which can be easily exploited by malicious individuals for the intent of fraud, data theft and other illegal activities could be an offshoot of data risk assessment, policies, procedures and controls which may also result in knowledge gaps.

In the meantime, the battle against fraud can be a victory for organisations when they institute a well-rounded strategy that involves the sensitization, investments in well-suited technologies, risk management, effective governance and relevant collaboration with industry stakeholders.