A new assessment by the World Health Organisation (WHO) shows that only 14.2 percent – or one in seven Covid-19 infections – are being detected in Africa. To reverse the trend and curb transmission, the WHO regional office for Africa announced a new initiative to enhance community screening for the virus in eight countries. 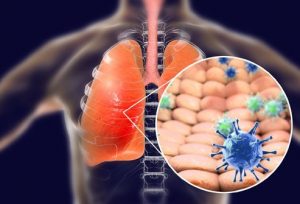 The programme aims to reach more than seven million people with rapid diagnostic tests in the next one year.

The WHO analysis, using the Covid-19 calculator developed by ‘Resolve to Save Lives’, estimates infections based on reported number of cases and deaths, and an infection fatality rate grounded in population-based studies. It found that as of 10 October 2021, the cumulative number of Covid-19 infections is estimated to be 59 million in Africa, which is seven times more than the over eight million cases reported.
To date, COVID-19 detection in Africa has focused on people reporting to health facilities with symptoms, in addition to testing arriving and departing international travellers, leading to large-scale under-reporting given the high percentage of asymptomatic cases on the continent.

Since the start of the pandemic to 10 October, more than 70 million Covid-19 tests have been reported by African countries, which is a fraction of the continent’s 1.3 billion people.
By contrast, the United States, with about a third of the population, has reportedly administered over 550 million tests, while the United Kingdom, with less than 10 percent of the population of Africa, has administered over 280 million tests.
According to Matshidiso Moeti, WHO regional director for Africa, “with limited testing, we’re still flying blind in far too many communities in Africa. Most tests are carried out on people with symptoms, but much of the transmission is driven by asymptomatic people, so what we see could just be the tip of the iceberg. Test numbers have been rising in Africa, but this community-based initiative is a radically new approach which should help significantly raise detection rates. More testing means rapid isolation, less transmission and more lives saved through targeted action”.
The countries participating in the community testing programme are: Burundi, Côte d’Ivoire, Democratic Republic of the Congo, Guinea-Bissau, Mozambique, Republic of the Congo, Senegal and Zambia.
To kick off implementation, WHO has disbursed $1.8 million to the eight countries. WHO will support countries to interrupt disease transmission through active case finding by deploying teams in local communities to seek out possible contacts of people who have tested positive for COVID-19 and offer antigen rapid diagnostic tests.
The initiative will use a “ring strategy”, which was pioneered successfully in the eradication of smallpox in the latter half of the 20th century to vaccinate people who are most likely to be infected, and during the recent Ebola outbreaks in West Africa and in the Democratic Republic of the Congo. The ring approach will target people living inside a circle of 100 metres radius around each new confirmed case to prevent further spread of the disease.
In addition, each household within the 100 metres radius will receive hygiene kits including face masks and hand sanitizers and anyone who tests positive will be assessed for the severity of their condition to determine whether they should receive home-based care or need to be transferred to designated Covid-19 treatment centres.
The programme aims to increase the testing capacity in each participating country by at least 40 percent, ensuring they reach the WHO recommended benchmark of 10 tests performed per 10,000 people weekly. Currently, around 20 countries – more than a third of African countries – do not reach this benchmark
All testing will be carried out on a voluntary basis and will be conducted using WHO-approved antigen based rapid diagnostic tests, which can produce results on-site in as little as 15 minutes and can be administered with minimal training.
Rapid diagnostic tests are considered highly accurate for detecting infections that have reached the transmissible stage. Currently, most countries carry out polymerase chain reaction or PCR tests, which require reagents and experts, and are significantly more time-consuming and expensive than rapid diagnostic tests.
To date Africa has over 8.4 million Covid-19 cases, with 214,000 deaths. Despite a decline in case numbers in recent weeks, vaccination rates remain low, with only 30 percent of the continent’s 54 nations having fully vaccinated 10 percent of their population against the disease—compared with almost 90 percent of high-income countries. Just under half of the African countries that have received Covid-19 vaccines have fully vaccinated just 2 percent or less of their populations.
Businessamlive Website Stats