The outlook for the world economy next year doesn’t inspire optimism.

The International Monetary Fund has just published its new World Economic Outlook in which it highlights the difficult situation the global economy finds itself in as we head towards 2023. The pessimism of the IMF is shared by the World Bank and the OECD in their own latest updates. 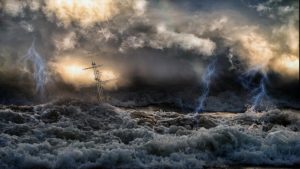 If the global economy falls into recession in 2023 it will be just three years after the world was hit by a deep contraction caused by the Covid-19 pandemic. While there is no set frequency at which recessions happen, three years is clearly very short by historical standards. What went wrong? How bad will the next recession be, and how long will it last?

There is no easy answer to these questions as each recession is unique. The same could be said about today’s economic environment. The world is facing an unusual set of economic circumstances that represent a collection of risks that can easily tip the economy into a recession. Predicting how many of these risks will materialise or what their economic impact will be is a challenge. As a result, we see not only a deterioration of economic forecasts for 2023 but also increasing uncertainty. A manageable slowdown, a mild recession or a large and persistent global crisis all look plausible.

Let’s take a step back. What causes recessions? In some instances, we can blame bad luck or what economists like to call “shocks”. A perfect example is the 2020 global crisis, which was caused by a pandemic that led to policy-driven lockdowns as well as decreased consumer and business confidence. No one saw the recession coming, even if we knew that a pandemic was a possibility.

Then there are the recessions caused by the accumulated excesses of the preceding years. The 2008 global financial crisis fits into this category. A real estate bubble that had emerged over the previous years combined with increasing hidden risks in financial markets sent those markets into turmoil, damaged the balance sheets of financial institutions as well as corporations, and pushed the global economy into one of the worst recessions on record.

While as I write this the world economy is not yet in a recession, a worrisome combination of imbalances and bad luck could very easily push it into a crisis.

The largest imbalance is straightforward: inflation. After decades of low inflation during which central banks built very strong credibility around their inflation targets, 2021 surprised us with inflation rates that were higher than anything we had seen since the early 1980s.

Inflation is a classic macroeconomic imbalance that calls for central banks to raise interest rates in order to slowdown the economy and reduce pressure on prices. When I teach this subject in my Macroeconomics course at INSEAD I always use this quote from Donald T. Brash, the former governor of the Reserve Bank of New Zealand who managed high inflation during his tenure: “I know of no central banker who would claim with any confidence that inflation can be reduced from a high level to a low level without at least some, temporary, impact on growth and employment.”

The best central bankers can hope for is a “soft landing”, a situation where the economy slows down enough to ease inflation without causing a recession. But while airplane pilots practice “soft landings” regularly in their jobs, central bankers do not have the same experience. In many countries it has been decades since we faced a situation like the one today. We have to be ready for policy mistakes and a harder landing than what central banks are hoping for.

The worst is yet to come

A second source of imbalance currently faced by the global economy is debt. In recent decades we have witnessed a steady increase in government debt levels and, in many instances, private ones as well. This increase did not lead to widespread crises because global interest rates were also declining to historically low levels. Today, interest rates (adjusted for inflation) remain low and do not threaten the sustainability of government debt, but that is assuming that investors do not question the credibility of governments.

In times of uncertainty investors may start doubting the governments’ commitment to deliver on their promises. This will raise interest rates on the debt of those governments, leading to sovereign debt crises. Given the central role of government debt in financial markets, this can cause financial trouble as well. Recent developments in the United Kingdom are a perfect example of how fast things can go awry.

The final source of imbalance is the Chinese real estate market. In recent years this sector has contributed an excessive share to China’s GDP, to levels seen only before housing bubbles burst. For years, the Chinese government has tried to rebalance its economy away from investment towards consumption but without much success. A sharp correction in this sector could put Chinese growth rates under serious strain.

And then there are all the potential strokes of bad luck. Starting with the leftovers of the Covid-19 crisis that are still being felt in some countries, for example China with its zero-Covid policy. The threat of new, more virulent variants cannot be ruled out. The invasion of Ukraine by Russia has led to a massive energy crisis in Europe and higher energy and food prices in the rest of the world. The coming months could produce a variety of scenarios in this war, some of which could be very damaging from an economic point of view.

That is where the world economy is today, navigating difficult imbalances while surrounded by events that pose very large downside risks to the growth potential of many economies. As the IMF puts it, we are not yet in a global recession, but the scenarios ahead suggest that the worst is (possibly) yet to come.