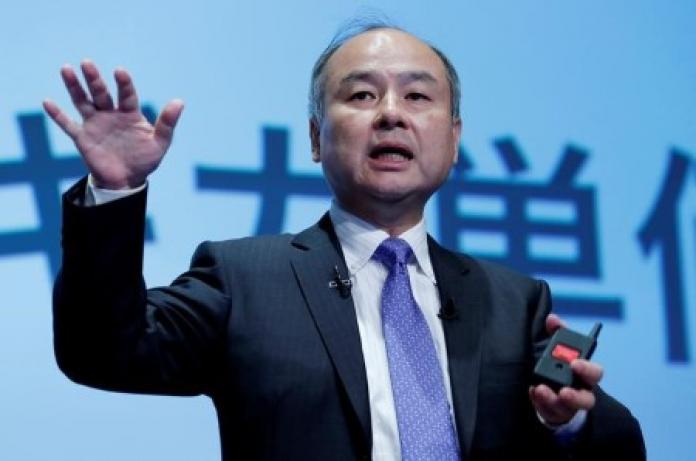 The emergence of New York-based Elliott as a SoftBank shareholder has renewed focus on the company’s 26% stake in China’s Alibaba, the Japanese firm’s biggest asset and Son’s most successful tech bet to date.

Elliott, one of the world’s best known activist investors, has amassed a holding of almost $3 billion in SoftBank. It is now pushing for changes, including $20 billion in stock buybacks, sources have said. But Son indicated that he is in no rush to sell down the Alibaba shares – raising questions about how SoftBank could fund any potential buybacks.

“I believe Alibaba has lots of room to grow. I’m in no hurry to sell shares,” he told a news conference on Wednesday.

SoftBank is already highly leveraged and struggling to attract outside money to a second tech fund. Son’s reluctance to sell down the holding in Alibaba leaves little scope for buybacks on the scale Elliott wants, analysts said.

“From a shareholder perspective you should sell it and invest in the things that are going to generate returns,” said Kirk Boodry, an analyst at Redex Holdings who writes on research platform Smartkarma.

If SoftBank thinks its returns cannot outperform Alibaba, “it seems weird to be in the venture capital business,” he said.

SoftBank did little to dispel investor concerns about its strategy on Wednesday, reporting that quarterly profit was virtually wiped out by a second straight quarter of losses at the $100 billion Vision Fund.

“These results validate our concerns that most other things that (SoftBank) does outside of Alibaba have led to distractions or value destruction,” Jefferies analyst Atul Goyal wrote in a note.

The stake in the e-commerce giant is worth around $150 billion – more than the market capitalization of SoftBank itself, which is $110 billion.

Son’s group has few other such assets it could use. Others include a two-thirds ownership in Japanese wireless unit SoftBank Corp, although SoftBank Group is reliant on dividends from the telecom unit for cash flow.

The unit has pledged to pay out 85% of its net income as dividends.

SoftBank Group had 3.8 trillion yen ($35 billion) in cash and cash equivalents on its books at the end of December.

However, use of that is constrained by SoftBank’s own financial policy – in an effort to reassure investors – including a pledge to maintain enough cash to cover bond redemptions for at least two years.

SoftBank’s weighted average cost of debt is among the highest of all companies on Japan’s Nikkei 225 Stock Average .N255, according to Refinitiv data.

Son did sell down part of the Alibaba stake ahead of the 2016 acquisition of chip designer Arm, using a derivative transaction to capture upside from the subsequent rise in Alibaba’s share price – a move that was a surprise at the time and could well augur further surprises.

While Son said on Wednesday he was aligned with Elliott’s concerns, he made it clear any changes would be on his own terms.

“I’m SoftBank’s biggest shareholder so I care about the stock price and also want to raise corporate value,” he said.

“However the method should be left to us, the management.”