By Charles Abuede
German sportswear maker, Adidas AG, on Tuesday hinted through its chief executive officer, Kasper Rorsted, the company’s plans to divest from its underperforming Reebok brand after several tries to revive the brand’s performance for more than a decade. 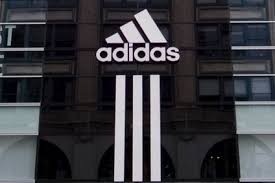 According to the statement by the apparel maker, Adidas is beginning a formal process to sell out the business and it is weighing the option to drop the Reebok brand which it acquired for $3.8 billion fifteen years ago. The company CEO also said he is preparing a new strategy that will see the sportswear maker attract interests from other companies.
“While the pandemic could mute prospects for the sale somewhat, soaring stock markets are driving asset prices higher. Reebok is likely to attract interest from rival sporting goods companies, especially in Asia, as well as private equity suitors,” the CEO hinted.
Since his arrival in 2016, Rorsted has made fixing Reebok’s long-sluggish performance a top priority as he closed some underperforming Reebok stores, leaving some licensing deals to breathe its last, as well as slashing expenses further to cut operating cost and cutting sales at the long unloved sporting label.
According to a report from Bloomberg on the matter, interested parties to the deal include VF Corp., which owns the North Face and Timberland brands, in addition to China’s Anta International Group Holdings on the list. The global sportswear manufacturer’s CEO had hoped for about $2.4 billion from the selloff of Reebok prior to the pandemic and now stands to be excited from cashing out with less than that amount, after it might have presented a detailed report on its new strategy by March 10, 2021.
Rebook, which became an industry giant overnight in the 1980s as a result of a boom in aerobics, returned to profit-making in 2018 and eked out 2 per cent growth in its sales in 2019. Although, Adidas is seen to be throwing in the towel fifteen years after it had acquired the brand which it has failed to reignite for $3.8 billion. However, a deep-dive into Reebok’s archive of classic footwears and apparel styles over the years prior to Adidas’ acquisition could be a motivating factor to potential suitors.
Attachments area
Businessamlive Website Stats