The African Development Bank and Fidelity Bank Plc have signed a $50m financing agreement aimed at the funding and promoting the growth of Micro, Small and Medium Enterprises in the country. 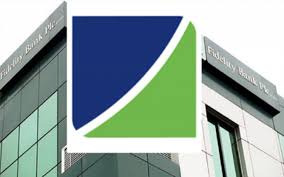 At the signing of the agreement in Abuja on Tuesday, AfDB disclosed that the board of the development finance institution had approved the fund on October 10, 2018, to boost the development of small businesses in Nigeria.
It also disclosed that at least 30 per cent of the fund must go into promoting businesses that were owned and ran by women entrepreneurs.
Senior director/country representative at AfDB, Ebrima Faal, signed the agreement on behalf of the DFI while deputy managing director of Fidelity Bank, Mohammed Balarabe, signed for the commercial bank.
Speaking at the event, Faal described Fidelity Bank as a niche player in the MSME sector. According to him, the $50m funding will strengthen the bank’s performance in advancing credit to small businesses.
The AfDB boss said, “We are excited about this partnership. The lines of credit tended to be general support for SMEs. This one has a strong emphasis on gender. It can be considered as a vanguard credit for us.
“Our main focus is to reach out to SMEs to give the much-needed impact. We count on you to ensure that the requirement for loan disbursement is okay to enable it to reach out to the target audience.”
Balarabe, on the other hand, said that businesses at the lower level had the capacity to catalyse the development of the economy, adding that the funding was unique because of the gender specification.
He said, “The AfDB has found us fitting to be one of the banks that will be benefiting for onward lending to MSMEs. Fidelity is one of the leading lenders to the segment, but for us, it’s not all about lending.
“Our engagement with MSMEs is more. We take time to find the needs of such businesses, and work with them on how to run the businesses.”
Our correspondent learnt that Fidelity Bank had in 2001 received the sum of $18m from AfDB for onward lending to small businesses while in 2013 it received $75m for the same purpose.
Businessamlive Website Stats