The African Development Bank (AfDB) has secured $90 million in donor funds for the Sustainable Energy Fund for Africa (SEFA) project. The SEFA fund, according to the bank is expected to expand, make more flexible, and be responsive to Africa’s fast changing energy market, with a sharper focus on green mini-grids and green base load as well as offering a wider array of catalytic finance instruments. 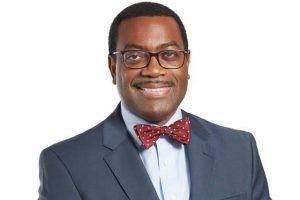 The SEFA fund was secured during the virtual launch event organised by the AfDB for the SEFA donors to reaffirm their support for the institutional priorities of the fund, and had in attendance over 300 development partners and financiers, representatives of African governments and energy sector institutions, project developers and sponsors, commercial banks and infrastructure funds.

Speaking at the event, Flemming Møller Mortensen, Danish minister for development cooperation, represented by Stephan Schönemann, under-secretary for development policy with the Danish government, said the country will be unveiling $10.65 million in fresh commitments as was initially announced by the country, a SEFA’s founding partner and first donor.

“Denmark has the development goal of providing clean energy to 5.8 million people in Africa. SEFA has proven that it has the capacity to implement innovative renewable energy projects – even in difficult circumstances. Therefore, Denmark is a close partner with SEFA – and we are pleased to be able to continue the work of providing clean energy to all,” Mortensen said.

Maria Flachsbarth, the parliamentary state secretary of the German Ministry of Economic Cooperation (BMZ), who was also present at the virtual event, revealed that Germany will be extending $60.97 million in support of the SEFA’s green base load activities, which would be aimed at promoting more sustainable base-load power generation options and also to prevent countries from locking themselves into technologies which are environmentally damaging and costly in the economic sense.

“Climate change is advancing fast and knows no borders, we can only tackle it together and in solidarity. For many years, the African Development Bank is a trusted partner for Germany and one of the most important driving forces behind a structured energy transition in Africa,” she stated.

Also, declaring a $12.19 million commitment, Karin Isaakson who is the managing director of the Nordic Development Fund (NDF) noted at the virtual event that the proven capability of SEFA is to promote early-stage projects, businesses and markets.

Kevin Kariuki, AfDB’s vice president on energy, climate and green growth, acknowledged the pivotal role the fund has played in the building of the African market, as well as the strategic vision of the bank. He further highlighted SEFA as a key enabler of the new deal on energy for Africa, a partnership-driven goal to ensure access to affordable, reliable, sustainable and modern energy for all Africans, which was launched by the AfDB in 2016.

Other prominent donations came from the Swedish International Development Cooperation Agency, which committed $8.98 million, as well as the United States and the United Kingdom, who also affirmed their unrelenting support for SEFA.

FG suspends salaries of tertiary institutions’ workers not on IPPIS