Ed Ubong, the managing director of Shell Nigeria Gas (SNG), has emerged president of the Nigeria Gas Association (NGA), the apex voice of the Nigerian natural gas industry. He is set to lead the NGA new executive council 2020-2022. He emerged by ascension, having served as the association’s first vice president. 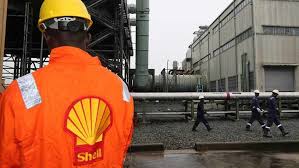 Ubong, who is responsible for leading the SNG and safely delivering its domestic gas growth aspirations, will lead an eight-member NGA executive council to further advance the association’s strategic and deliberate gas advocacy for the next two years to 2022.

Others in the executive council are, Emeka Iheme, the commercial advisor, gas & integration, at Aiteo E&P, who would serve as deputy secretary-general; Dikko Atanu, CEO of Neoleum Energy, is the financial secretary; Odianosen Masade, a corporate communications lead at Eroton E&P, is the new publicity secretary, while Dolapo Kukoyi, partner, Detail Commercial Solicitors, would serve as new NGA council’s legal adviser.

The election of the new executive committee was conducted virtually as part of the NGA Industry Multilogues featuring a 2-day business forum and annual general meeting of the association.

Ed, who is passionate about unlocking the domestic gas to the energy value chain, commended the outgoing executive council led by Audrey Joe-Ezigbo, founder and deputy managing director of Falcon Corporation Limited, for its dedication and impactful leadership to the association in the last two years. Ed joined Shell in 2001. He holds a bachelor’s degree in electrical & electronics engineering from the Federal University of Technology, Owerri, a master’s degree in engineering from the University of Southampton, UK and an MBA from INSEAD (France, US, Singapore). He said the newly elected members are ready to serve and build on the exemplary leadership laid by the outgoing leaders. The new executive council will formally assume office during the Association’s biennial international conference which will hold in February 2021.

Ed and his incoming NGA executive have a tough task ahead of them to drive the Nigeria gas industry to reasonable height, where it becomes profitable for private sector participation; especially at a time Nigeria’s gas is bogged by uncertain fiscal, commercial frameworks along the value-chain.

For instance, the Africa Oil Week (AOW) in its October report advised Nigeria to tailor its gas reforms to drive economic growth, rather than just to boost revenue stream. AOW warned that the on-going energy transition could hit Nigeria’s national oil company, NNPC, and other NOCs.

However, the new team appears quite formidable and set for the task ahead. Apart from Ed, who is passionate about unlocking the domestic gas-to-energy value chain, the other NGC members are accomplished professionals in their callings.