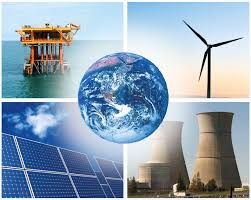 Asia, Africa, and the Middle East have been identified as the biggest drivers of global energy consumption since the 1980s, thanks to strong economic growth, a quick population growth rate, and greater access to energy markets, according to recent data from the Energy Information Administration (EIA).

An unsurprising fact the report also revealed was that crude oil and other petroleum liquids were the most commonly used fuel across the world as of 2016: as part of the energy mix it had the largest share in Central and South America, at almost 50 percent, with the Middle East a close second in its prevalent use of petroleum. Crude oil consumption as part of the total energy mix was the lowest in Eurasia, at a little over 20 percent.

In Asia and Oceania, at the same time, the biggest chunk in the energy mix belonged to coal, at about 50 percent. The region includes three of the biggest coal users globally: China, India, and Australia. However, the EIA notes that resource use often has a lot to do with the availability of certain resources, which partly explains China’s and Australia’s coal use while Europe, on the other hand, was the biggest user of nuclear power and renewable energy.