Africa is at risk of a critical shortfall in cumulative funding for climate adaptation with the continent needing over $40 billion to curb the adverse impact of climate change by 2030, according to a new report by the Global Center on Adaptation.

The report, titled “State and Trends in Adaptation in Africa 2022”, noted that cumulative adaptation finance to 2030 will come to less than one-quarter of the estimated needs stated by African countries in their National Determined Contributions (NDCs) unless more funding for climate adaptation is secured. 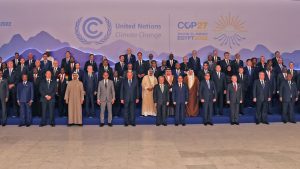 It further disclosed that in 2019 and 2020, an estimated $11.4 billion was committed to climate adaptation finance in Africa with more than 97 percent of the funds coming from public actors, while private sectors accounted for less than three percent of the figure.

This, the report stated, is significantly lower than the estimated $52.7 billion African countries will need annually to 2030.

To increase the volume and efficacy of  adaptation finance flows to Africa over the coming decade, the report urged financial institutions to mainstream resilience into investments they are making.

Policy makers and other stakeholders were also encouraged to build an enabling environment for adaptation investment. The report further recommended financial innovation for adaptation in consonance with country-level policy and market conditions.

Amina Mohammed, deputy secretary-general of the United Nations, said developed countries must put forward credible plans to double adaptation finance to reach $40 billion a year by 2025. To enable this, she called for a new business model to deliver adaptation finance by turning adaptation priorities into pipelines of investment for projects.

Commenting on the report, Patrick Verkooijen, CEO of the Global Center on Adaptation, said adaptation finance is scaling too slowly to close the investment gap in Africa.

“The Africa Adaptation Acceleration Program endorsed by the African Union, is the best vehicle we have to ensure the adaptation investment shortfall in Africa is met with action from all available sources including the private sector,” he remarked.

On his part, Akinwumi Adesina, president of the African Development Bank Group (AfDB), commended the Global Center on Adaptation, noting that they are doing an incredible work in mapping out how to make climate-resilient infrastructure.

“Already the Upstream facility at the Global Center on Adaptation is doing so much analytical work to support countries to build climate resilience into infrastructure, into agriculture and to mainstream climate financing into national bodies but also into the financing of large multilateral development banks,” Adesina said.