The recorded annual loss of $140 billion attributed to corruption in Nigeria and other African countries is capable of reducing rising production costs and improving citizens’ access to uninterrupted power supply if curtailed and properly harnessed, says members of the organised private sector. 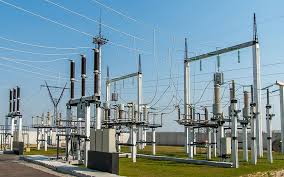 Quoting data from the African Union (AU), Wilson stressed that the squandered income is enough to provide uninterrupted power every day to every citizen in the second most populated continent after Asia, for the next three years.

According to him, the Africa Union estimates that $140 billion is lost through corruption annually, which is equivalent to the GDP of all but five countries in Africa. He added that corruption is a global problem but the impact in Nigeria has far-reaching consequences on the prospects of a nation and the quality of life of every citizen.

He bemoaned that inconsistent government policies facilitate corruption by creating a perception that bribes are a more efficient way to get things done.

He advised that an efficient, transparent, and accountable administration would boost innovation and growth of the Nigerian economy, control corruption and eliminate waste such as nepotism, abuse of authority, trading influences, and other practices that undermine economic development.

He further enjoined the business community to engage in collective efforts towards combating corruption in the country.

On his part, Idrissa Diop, compliance director, African Export-Import Bank (Afreximbank), said corruption does not only increase the cost of production but also increases the level of uncertainty in African economies, therefore decreasing the investment, financial, physical and human capital and also, undermine democracy by diverting resources of disadvantaged people, which affects the rule of law and social justice

He assured that the continent is arming itself with a tool for future prosperity through the Continental Free Trade Area (CFTA), but maintained that the success of CFTA is largely dependent on the continent’s ability to combat corruption and illicit capital flows to ensure availability of resources and infrastructure.

Toki Mabogunje, president, LCCI, also confirmed that corruption is one of the biggest developmental challenges affecting African economies, adding that African economies cannot bear the increasing cost of corruption, which hinders socio-economic development and minimises the capacity of African governments to release their citizens from the shackles of poverty and create opportunities for the low-income segment of the society.

Citing the Corruption Perception Index (CPI), Mabogunje said the sub-Saharan African region, with an average CPI score of 32 out of 100, ranks lowest among global regions.

According to her, corruption undermines social values because people find it easier and more lucrative to engage in it rather than indulge in legitimate employment. She also stressed that it limits economic growth because it reduces the number of public resources and discourages private investment and savings.

She asserted that strategies to tackle corruption have to be realistic, achievable and tailored to the specific needs of each African country.

Buhari announces date for swearing in of new ministers

AfDB: My accusers have no evidence – Akinwumi Adesina

CBN’s MPC eases policy rate to 11.50%: What’s in it for economy, businesses, Nigerians?