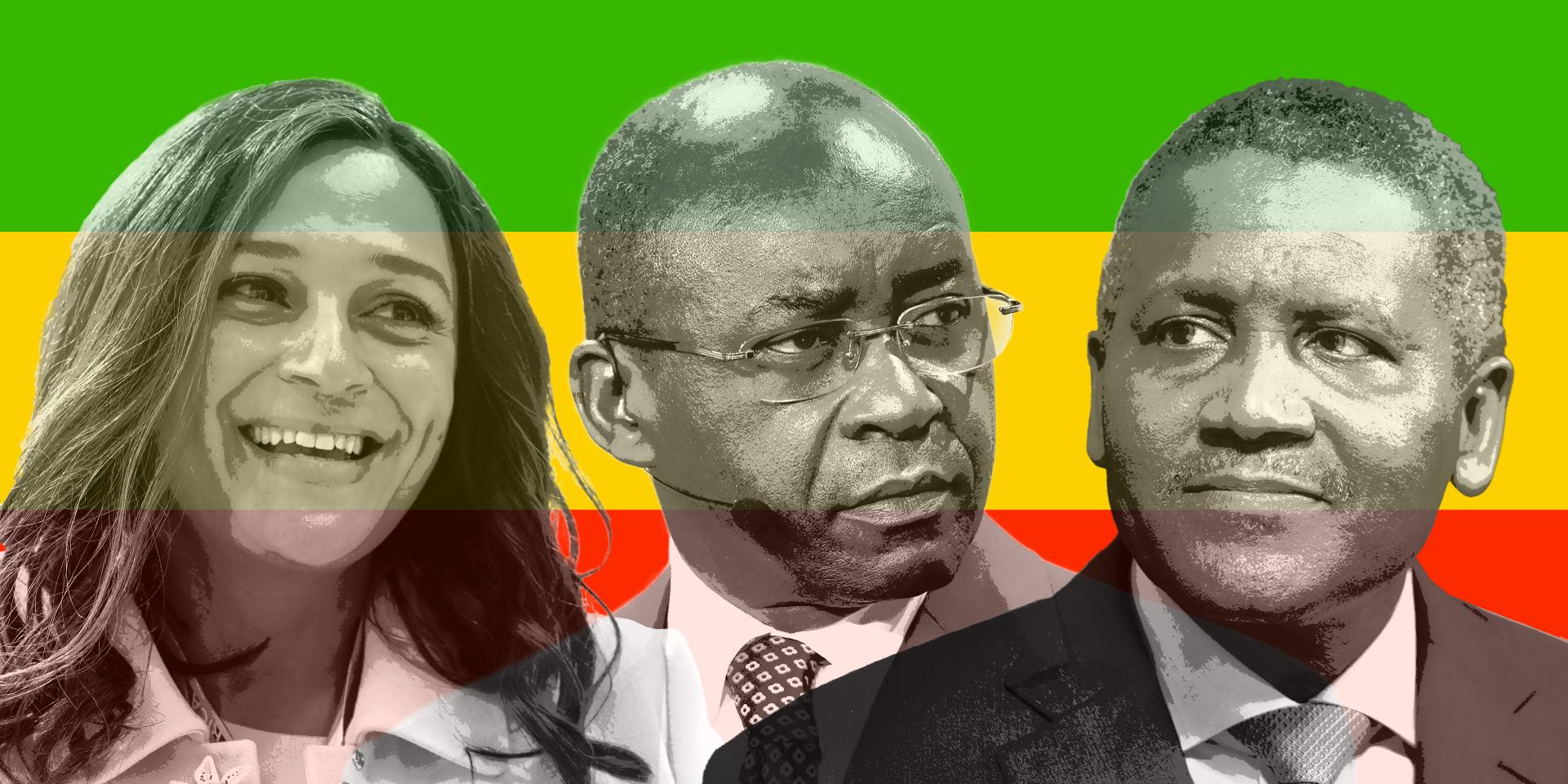 All it took was a new currency in Zimbabwe to wipe out half of Strive Masiyiwa’s net worth. The country’s only billionaire, Masiyiwa built a fortune primarily in telecom. He owns large stakes in two companies that trade on Zimbabwe’s stock exchange. But his country’s decision in June to ban all foreign currencies and use only the Zimbabwe dollar accelerated inflation and sent the value of the newly instituted dollar plummeting. That, in turn, caused Masiyiwa’s stakes in those companies—telecom firm Econet Wireless Zimbabwe and mobile banking firm Cassava Smartech—to tumble in U.S. dollar terms.

The result: Masiyiwa’s fortune has fallen to $1.1 billion, down from $2.3 billion a year ago, making him the biggest loser in percentage terms among Africa’s 20 billionaires. “Confidence evaporated from the market,” says Econet Global Limited CEO Hardy Pemhiwa.

Such are the challenges of running a business in a country with an unstable economy—and a long history of strife. “Considering what has happened with the Zimbabwe dollar, which lost 95% of its value, (Masiyiwa) is doing better than most,” says John Robertson, an independent economic consultant in Harare, Zimbabwe.

While the problems in Zimbabwe are extreme, doing business in Africa is sometimes unpredictable and often volatile. Take, for instance, the merger and subsequent new listing behind the year’s second-biggest gainer,
Abdulsamad Rabiu, now worth $3.1 billion, up from $1.6 billion a year ago. In January, Rabiu pulled off an public listing that seemed to defy logic.

He already had a publicly traded cement outfit, Cement Company of Northern Nigeria (CCNN), which as of late December 2019 had a market capitalization of about $600 million.

He then merged it with Obu Cement, another firm he owned, which was valued at just under $600 million a year ago. Through the magic of the markets, the combined entity, BUA Cement Plc, which listed on the Nigeria Stock Exchange on January 8, 2020, is worth nearly 3 times what the two companies were worth before the merger.

Also worth noting is that a spokesperson for Rabiu said that the tycoon owns 98% of the new company, despite the fact that the Nigerian Stock Exchange requires 20% of a company’s shares be floated to the public.

Okon Onuntuei, the head of strategy and research at the Nigerian Stock Exchange, says that companies like BUA Cement can get a waiver with a promise to sell down shares over time. A spokesman for Rabiu confirms the company obtained such a waiver. But the stock exchange says that BUA Cement is currently “below listing standards.”

The year’s biggest gainer is Nassef Sawiris , worth $8 billion—up from $6.3 billion last year. He moves up to number two richest for the first time. Sawiris’ most valuable asset is a 5.7% stake in shoemaker Adidas worth a bit more than $4 billion.

Altogether the continent’s billionaires are worth a combined $73.4 billion, up from $68.7 billion a year ago, mostly due to higher stock prices. Of these tycoons, eight saw their fortunes rise or fall by at least $700 million.

For the ninth year in a row, Aliko Dangote of Nigeria is the richest person in Africa, worth an estimated $10.1 billion, down from $10.3 billion a year ago amid a slightly lower stock price for his Dangote Cement, his largest holding. That’s exactly how much he was worth the first year he ranked on Africa’s richest in 2011, but he’s worth less than half what he was in 2014.

One fortune that didn’t change much but could plummet in the next year is that belonging to one of just two women billionaires in Africa: Isabel dos Santos , the eldest daughter of Angola’s former president, Jose Eduardo dos Santos.

In late December an Angolan court issued an order to freeze the assets that Isabel dos Santos and her husband, Sindika Dokolo, own in Angola. Those include her stake in telecom firm Unitel and stakes in two Angolan banks; we estimate those assets are worth hundreds of millions of dollars.

A statement issued by Isabel dos Santos said the judgment contained “a number of untruths” and that she would fight the decision “by using all the instruments of Angolan and international law at my disposal.”

For now, we estimate her fortune has declined $100 million to an estimated $2.2 billion, but depending on the outcome of a pending legal case, she could fall much lower in the ranks.
Of Africa’s 54 nations, only 8 countries have billionaires: Egypt and South Africa are tied with five billionaires each, followed by Nigeria with four and Morocco with two.

We found one billionaire each from Algeria, Angola, Tanzania and Zimbabwe. That’s the same as last year but a better representation than nine years ago, when only four African nations were home to ten-figure fortunes.