Cooking oils, also fondly referred to as vegetable oils have many nutritional benefits. They are derived from plants, such as coconuts, groundnuts, sunflowers, soya beans, olives and peanuts. In the Nigerian market, there are many brands of cooking oils, and while there is a stiff competition for market share among the different products, a good number of consumers have preferences in relation to what each brand offers in terms of health benefits, packaging, price and visibility. A decision factor for many is that the cooking oil brand is endorsed by the Nigerian Heart Foundation (NHF) and the Nutrition Society of Nigeria (NSN). There is also the demand for cholesterol-free vegetable oils among consumers, especially since unhealthy oils are a major cause of heart blockages and strokes. The notable brands dominating the market as revealed by market research are Power oil, Laziz oil, Grand soya oil, Wesson Canola oil, Mamador and Devon King’s brands. This report concentrates on branded cooking oils in 3-5 litre sizes, and unravels on a step by step basis, why each brand is unique in itself, thus helping consumers make a more informed purchasing decision. 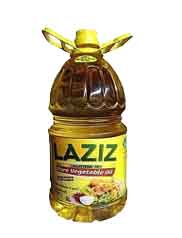 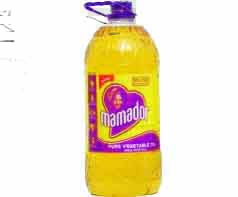 While all the branded cooking oils featured in this write up have very similar prices and are cholesterol-free, reducing the risk of developing a coronary disease. It is important to consider going for high quality oils, which have good taste in meals, does not fume, is odourless and comes with tamper-proof package.