The stock market bounced back to positive territory as gains by 19 equities lifted the Nigerian Stock Exchange (NSE) All-Share Index by 0.13 per cent to close at 26,824.50, while market capitalisation added N43.6 billion to be at N12.9 trillion. 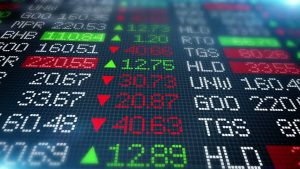 Similarly, activity level strengthened as both volume and value traded increased by 60 per cent and 15.9 per cent to settle at 303.8 million shares and N1.7 billion respectively.

Cadbury Nigeria Plc led the price gainers with 10 per cent to close higher at N9.90 per share as investors continued to respond to the impressive nine months results of the firm.

In its unaudited results, the company posted a revenue of N28.912billion, representing an increase of 7.2 per cent over the N26.959billion revenue reported within the same period in 2018.

Meanwhile, Cutix Plc closed as the second highest gainer with 9.7 per cent, just as Glaxosmithkline Consumer Nigeria Plc and Union Diagnostic and Clinical Services Plc appreciated by 9.6 per cent and 9.0 per cent in that order.

Conversely, C & I Leasing Plc led the price losers with 9.8 per cent, trailed by Jaiz Bank Plc with 8.7 per cent. Livestock Feeds Plc shed 7.2 per cent, just as Afromedia Plc and Dangote Sugar Refinery Plc declined by 5.5 per cent and 4.8 per cent in that order.