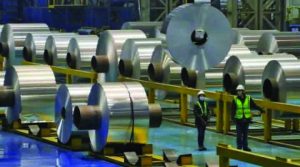 The Shanghai Futures Exchange was closed on Monday, June 14 as China celebrated the Dragon Boat Festival. Benchmark aluminium price for the week started on Tuesday at $2,976 per tonne. On Wednesday, the price fell to $2,945 per tonne and further declined on tThursday to $ 2,427.50 per tonne. SHFE aluminium price closed the week on Friday at $2,867 per tonne, down $109 per tonne through the week.

The plunge in aluminum prices, according to market watchers, was largely a result of new rules by Chinese authority to ensure that price indexes of major commodities and services more accurately reflect actual market conditions, in a move to curb speculation in the volatile market.