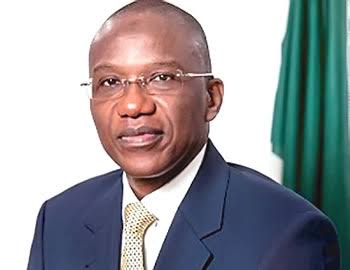 Asset Management Corporation of Nigeria (AMCON) yesterday said it has recovered a total of N1.1 trillion from debtors since its establishment.

Ahmed Kuru, AMCON managing director/chief executive officer, said in an interview that the amount recovered was as at the end of the first quarter of 2020, with cash accounting for about 60 per cent of the recovery, while non-cash assets were about 40 per cent.

The latest figure was an improvement by about N100 billion, compared with the N1 trillion disclosed by the corporation as of the comparable period of 2019.

Kuru, however, explained that the outbreak of the COVID-19 pandemic had slowed down the pace of recovery as the task involved more of physical content.

“There are some people that are still meeting their obligations and there are assets that were forfeited that we have sold. So, even within this period, money is still coming in.”

Responding to a question on how the pandemic has affected the operation of the corporation, Kuru said: “There are two types of obligors. We have the willing obligors that you have arrived at a settlement with and they have a payment plan and they have been paying you. For example, somebody that has a brewery at Aba and he is paying let’s say N100 million monthly and now because of the pandemic, the factory is closed and he cannot meet his obligation.

“Or someone that has a factory and is producing roofing sheets in Kano and was paying us N200 million monthly, but because of the lockdown, the factory is closed, you don’t blame such persons.

“Obviously, for those kinds of obligors, just like what is happening in the banking industry, you have to give them a respite and a moratorium of about six months. And if in six months this virus doesn’t go away, you may have to extend it. So, you have to give him moratorium to the extent that this pandemic is addressed. This is one angle.

“Another angle is those obligors that have refused to sit down with AMCON to negotiate. Those ones, you have to continue fighting them, regardless of the pandemic.

“That is because even when there was no pandemic, they were hiding. So, you have to continue pursuing them. If it is their assets or anything you can hold on to, you seize it.

“So, you use everything to pursue them, even the courts. We have quite a lot of court cases going on and the courts have been very cooperative and they have been giving us priority

Commenting on the plan to sell Polaris Bank Limited, which is wholly owned by the corporation, Kuru said it’s “work in progress.”

He commended the management of the bank for positive performance recorded in its 2019 financial year.

He said: “Like I always tell people, once you put money in a bank, the most fundamental thing is that you try and see how you can improve the financials of the bank.

“This is because those that would come to buy the bank would not be buying it based of the money that you put in there, but they are buying the value that has been created in the bank.