When looking at competition, economists ask if there is competition at all. Also they try to find out the number of competitors and what they are competing with. Competition can be based on price or some other criteria.

The Merriam – Webster dictionary gives a general simple definition of regulation as bringing under the control of law or constituted authority; to govern or direct according to rule; to bring order, method or uniformity.

Investopedia states that a regulated market is often controlled by the government and involves determining who can enter the market and the prices they may charge. It states further that the government body’s primary function in a market economy is to regulate and monitor the financial and economic system. Some examples of regulation are the control over the sale of tobacco, legislation preventing the sale of alcohol in certain places, among others.

Regulatory policy scholars, Susan Dudley and Jerry Brito, stated: “From the moment you wake up until the time you go to sleep, regulations influence what you do.” (www.ced.org/reports/regulation and the economy). 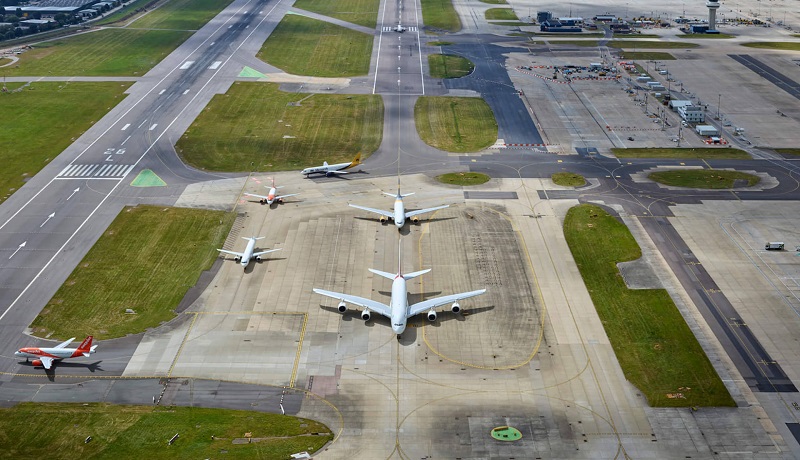 Investopedia states that the central theme of Adam Smith’s ‘The Wealth of Nations’ is that our individual needs to fulfil self interest results in societal benefit, in what is known as the ‘invisible hand’. Adam Smith, the father of economics stated that markets and trade are in principle good things on the condition that there is competition and a regulatory framework that prevents ruthless selfishness, greed and rapacity from leading to socially harmful outcomes.

The International Air Travel Association (IATA), an international non-governmental organisation, is one group that sometimes influences regulations through education of government officials and urging them to rethink aviation regulation. In their release on economic regulations of airports and air Navigation Service Providers they stated: “Economic regulation must encourage airports and ANSPs (Air Navigation Service Providers) to continuously strive for timely investments, cost reduction, improved cost efficiency and service levels. It must set clear and measurable cost efficiency targets, as well as quality and operational performance standards the airport needs to deliver in return for airport charges, as agreed with the airlines.”

IATA states six key elements of strong, robust and politically independent effective economic regulation: First is that regulators must be independent of direct control of government or airports and ANSPs. Second is that a neutral dispute settlement mechanism for appeals against the decision of the regulator must be available to users. Thirdly, regulatory reviews should normally cover periods of three to five years. Fourthly, effective stakeholder engagement is advocated, though this, to the association, is that which must ensure early and timely involvement of airlines in negotiations on business plans. The fifth is that, single till regulation should be enforced such that there is no segregation between aeronautical and non-aeronautical revenue when determining the level of revenue and return required, as well as the user charges to be set. The sixth is that economic regulatory framework must incorporate the provisions of ICAO’s policies on charges and should include the key charging principles of non- discrimination, cost relatedness, transparency and meaningful consultation with users.

The international Organisation for Economic Co-operation and Development, the club of the world’s richest countries, stated that regulations are often necessary for a well functioning, market based, capitalist society, but they do not always live up to public expectations or achieve their social goals. Stated differently, regulations in practice do not always make things better. The OECD stated : “Businesses complain that red tape holds back competitiveness while citizens complain about the time it takes to fill out government paperwork. Moreover, designing and enforcing regulations also requires resources for government and public administrations. Regulations can also have unintended costs, when they become outdated or inconsistent with the achievement of policy objectives. The 2008 financial crisis – which resulted in part from poorly designed regulatory regimes and the uneven enforcement of existing regulations – and the ensuing and ongoing economic downturn starkly illustrate the potential consequences of regulatory failure.” (www.ced.org/reports/regulation and the economy).

It is not arguable, therefore, that there is need for regulation. The challenge is in ensuring that all the players in the aviation industry have their needs met and society is better off from the regulations in the industry. The question is which makes society better off? Self- regulation by the players or government regulation with all its weaknesses or a combination of both?

The Centre for Economic Development stated: “government regulation of economic and social activities permeates our lives. While regulation in many instances yields important public benefits, regulations often are imposed on individuals and organisations with too little thought or analysis of what is gained in comparison with the losses incurred in time, money, indecision, and productivity…. Further, the growth of government involvement in the market system sometimes constrains our ability to achieve fundamental economic and social goals.”

The Centre for Economic Development also noted: “The free market may still be superior to [the] government in getting most of the prices and flows of resources right.” It states further: “However, we believe that the benefits of a more concise principles based approach are substantially enough that the nation should change its collective mentality, including perhaps a dispute – resolution system that could deliver timely judgements, possibly with penalties for attempts at manipulation that are fairly determined to be frivolous.”

So would industry players do better at self-regulation? Would a principles based approach be better than a rules based approach? Or, perhaps, a combination of the two? The vision of success would be that society is made better by it and all stakeholders secure a win-win in the industry.

Ekelem Airhihen, a chartered accountant, is an airport customer experience specialist. He can be reached on ekyair@yahoo.com and +2348023125396 (WhatsApp only)