Maikanti Baru, the incumbent group managing director of state oil company, the Nigerian National Petroleum Corporation (NNPC) is retiring from service after all and not sacked by President Muhammadu Buhari, as has been widely reported by the media most of Thursday, following the announcement of his replacement. 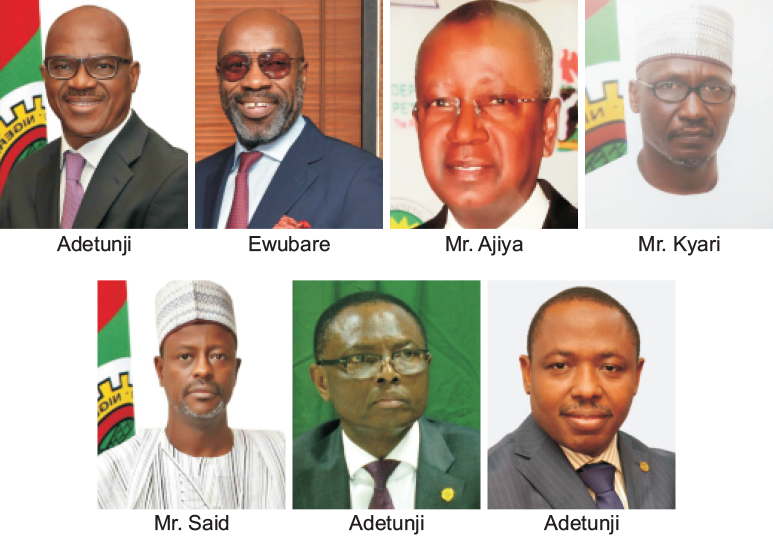 An earlier statement picked up by the media offering information about the new man who will take over from Maikanti on July 8, a day after he steps down on attaining the statutory retirement age of 60, had been widely interpreted as a sack by the president.

However, the NNNPC in an updated statement just made available to businessamlive.com, and sanctioned by the corporation’s Ndu Ughamandu, group general manager, public affairs, said Mele Kolo Kyari, who will take over from Maikanti as new GMD, is the group general manager, crude oil marketing division of the NNPC.

Kolo Kyari appointment is along with those of six chief operating officers and one chief financial officer.

The NNPC statement specifically said: “The heew group managing director, Mele Kolo Kyari, who takes over from  a current occupier of the office, Maikanti Baru, effectively on 8th July 2019, is until his new appointment the group general manager, crude oil marketing division of NNPC. Baru would retire statutorily on July 7, 2019.”

According to Ughamandu, Kyari doubled, since 13th May, 2018, as Nigeria’s National Representative to the Organization of the Petroleum Exporting Countries (OPEC), adding that Kyari would be bringing to his new appointment more than 27 years of experience in the various value chains of the petroleum industry.”

businessamlive had learnt last week that Baru was up for retirement but because he had not served notice and had not also gone on pre-retirement leave, that there were talks about a possible extension of his tenure by executive pronouncement, which we reported in our Monday lead on NNPC losing control of NPDC to the Federal Government.

These discussions, sources had told business a.m , were seriously on with one source telling business a.m. that the government was trying to persuade Baru to accept staying on in the role. It is now not clear, with the swift announcement of a new GMD in a rather military fashion, if those talks broke down.

Other appointments made alongside that of Kyari are those of Roland Onoriode Ewubare, who hails from the South-South region of the country and is appointed chief operating officer, upstream. Until his new appointment, he was group general manager, National Petroleum Investments and Management Services, a corporate services (NAPIMS) unit of the corporation, headquartered in Lagos. Before his NAPIMS’ appointment, he was managing director of the Integrated Data Services Limited (IDSL), a seismic data acquisition company of NNPC based in Benin; Mustapha Yinusa Yakubu, who hails from North Central region of the country and is newly appointed as chief operating officer, Refining and Petrochemicals. Until his new appointment he was the managing director of National Engineering and Technical Company Limited (NETCO); Yusuf Usman hails from North East and is chief operating officer, gas and power. Until his new appointment, Usman was senior technical assistant to the group managing director of the corporation.

Others are Lawrencia Nwadiabuwa Ndupu, from South East, and is newly appointed as chief operating officer, ventures. Until her new appointment she was the group general manager, NNPC Oil Field Services, established to provide technical services to players in the industry; Umar Isa Ajiya, from North West region is the new chief financial officer, and until this appointment, he was the managing director of Petroleum Products Marketing Company (PPMC) of NNPC, a downstream arm of the corporation. Prior to holding the position as the managing director of PPMC, he was the corporation’s group general manager corporate planning and strategy (CP&S); Adeyemi Adetunji, who is from the South West region is the new chief operating officer, downstream. Until his new appointment he was the managing director of NNPC Retail Limited, a downstream marketing company of the NNPC. He was before that the general manager, transformation department, a Think-thank unit of the corporation.

Also appointed is Farouk Garba Said who hails from North West and holds the new position of chief operating officer, corporate services. He was group general manager, engineering and technology division of NNPC. The statement noted that Said would be taking over from the present occupier of the office who retires statutorily on 28th June, 2019.

“The new appointees have been directed to work with the current occupiers of the various offices by President Buhari till 7th July, 2019 to ensure a smooth transition on 8th July 2019 when their appointments would take effect,” Ughamandu said.