The Nigerian federal government on Thursday held a meeting with delegations from Republic of Benin and Niger in Abuja, where modalities for the re-opening of the Nigerian land borders were discussed. 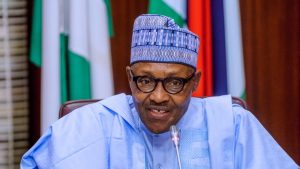 The land borders were closed in August following criminal activities at the nation’s international boundaries with Benin and Niger.

The parley which held under the auspices of the Tripartite Anti-smuggling Ministerial Committee at the ECOWAS Commission Secretariat, Asokoro, agreed to establish a joint border patrol team comprising the police, Customs and immigration of the three countries.

The meeting was also attended by the ECOWAS Commissioner for Trade, Customs and Free Movement, Mr Tel Konzi.

Reading the communiqué at the end of the meeting, Onyeama, who headed the Nigerian delegation, stated that the meeting also agreed on the establishment of a monitoring and evaluation committee of the three countries.

The mandate of the committee, he said, was to ensure actions that would facilitate and enhance the suppression of smuggled goods and other related matters.

Onyeama said, “We have agreed to put in place certain mechanisms that would enable us to open the borders; there was a consensus on that.