Despite a  challenging operating environment under which it carried on business in the first half of 2020, BUA Cement, Nigeria’s second largest cement producer,  posted a revenue increase of 12.7 per cent from N89.9 billion in 2019 to N101.3 billion, the company has announced. 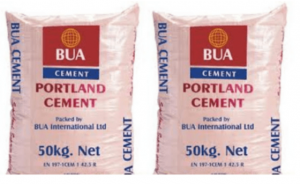 In its financials for the first half filed with the Nigeran Stock Exchange, the cement manufacturer said it recorded the sum of N46.74 billion as gross profit for the period under review. This figure represents a N2.45 billion increase from the N44.29 billion recorded as at the end of the first half of 2019, while its profit before tax for the period ended June 2020 was N39.2 billion against the N35.66 billion recorded during the previous year’s first half.

Yusuf Binji, managing director of BUA Cement, while speaking on the result, said: “the continued impressive performance in 2020 despite the challenging operating environment occasioned by the COVID-19 pandemic was a pointer to the value and strength of the BUA Cement brand and product offerings.

“Despite the prevailing economic conditions, we are quite optimistic about the future because it affords us not only with the opportunity to further evolve our business model but also provides an opportunity for accelerated development. We will continue to push to new markets aided by a focused distribution strategy,” the MD said.