Kabiru Rabiu, group executive director, BUA Group and pioneer chairman of the Nigerian Sugar Institute (NSI), has called on the federal government to replicate the National Sugar Development Council (NSDC) in the rice sub-sector and other food industry sectors with growth potential. 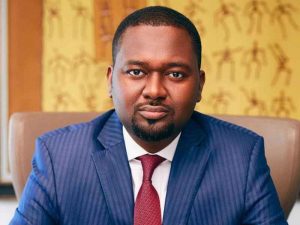 Rabiu made the suggestion during the commissioning of the Nigeria industrial Policy and Competitiveness Advisory Council (Industrial Council) held in Ilorin, Kwara State.

According to the BUA boss, NSDC’s supervisory and coordination role in the sugar industry has been highly beneficial and serves a model that should be replicated in other sectors.

Rabiu, who served as the pioneer chairman of the NSI, where he led the implementation committee for the institute expressed happiness that the institute had finally seen the light of the day.

He further stressed the importance and benefits of the institute on the sugar sub-sector in reducing the skills gap in the industry and attaining better technologies and techniques in sugarcane production and processing.

Prior to the institute’s establishment, the BUA executive director first recommended the establishment of the institute during a Nigerian Industrial Council meeting chaired by YemiOsinbajo, Nigeria’s vice president, in 2018.

Addressing Niyi Adebayo, the minister for Industry, Trade and Investments, Rabiu noted that while so much intervention and successes have been achieved in the rice sub-sector, a lot more could be done through the introduction of a single coordinating body like the NSDC that can help the government in formulating policies and monitoring progress for Rice. This, he said, will help Nigeria move faster towards attaining adequate rice production, processing whilst reducing prices and boost competition.

The NSDC currently coordinates the activities of the Nigerian sugar sector through monitoring of the backward integration and import substitution programme that has seen significant investments in various Cane-to-Sugar projects by private operators in the industry.

Commenting on the sugar institute, the minister stated that the federal government was ready to partner with private investors in sugar production in the country.

He also assured that investment already made by the government and the private sector in the industry was capable of creating thousands of jobs in agriculture and manufacturing sectors.

Latif Busari, the executive secretary of NSDC, said the newly commissioned Nigeria Sugar Institute (NSI) in Ilorin, Kwara State would boost the ongoing drive towards achieving a virile and competitive sugar industry for the country. He added that the institute would also fill the current void in critical areas of Nigeria’s sugar industry such as research, development and innovation as well as technical manpower development to sustain the industry development.

On his part, AbdulrahmanAbdulrazaq, Kwara State governor pledged that his administration will continue to create an environment for industrial growth, in collaboration with both the federal government and the private sector for the benefit of residents of the state.

The governor added that the state has the potential of providing enough sugarcane for sugar industries in the country.