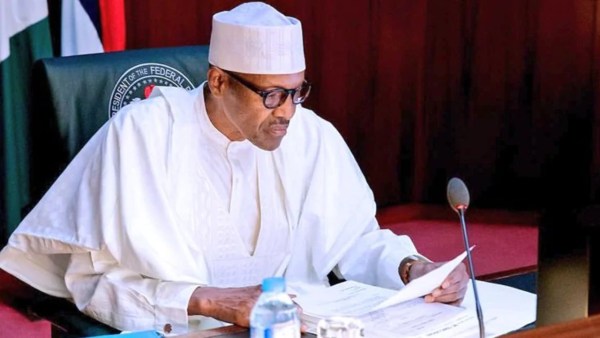 Barring any last-minute change, President Muhammadu Buhari is billed to assent to the 2020 Appropriation Bill on Tuesday.

National Assembly sources on Sunday hinted that the Presidency had invited the leadership of the federal parliament to the budget-signing ceremony at the Presidential Villa.

An official, who is close to one of the presiding officers, said that Ahmad Lawan, president of the senate, and Femi Gbajabiamila, Speaker of the House of Representatives, among others, had been invited to witness the signing of the budget.

The source said, “We have a notice from the Presidency to be at the Presidential Villa on Tuesday to witness the signing of the budget. The date and time may change but I have it on good authority that the ceremony is billed for Tuesday.”

The Senate and the House of Representatives had on December 5, 2019, concurrently passed the 2020 Appropriation Bill, raising the total estimates from the proposed N10.33tn to about N10.6tn.

The National Assembly had put a clause in the bill that the budget should run from January 1, 2020, bringing Nigeria back to a January-December budget cycle.

As part of the N264bn increment, the National Assembly raised its own budget from N125bn to N128bn.

The National Assembly had on Friday transmitted the national budget to the Presidency.