President Muhammadu Buhari has charged the newly inaugurated 30-member board of the Revenue Mobilisation Allocation and Fiscal Commission (RMAFC)  to explore all avenues necessary to boost the nation’s non-oil revenue generation to enable governments in the country commit more funds to national development. 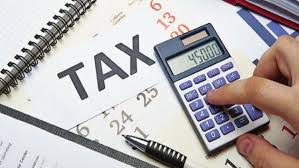 The President, who gave the charge while inaugurating the board led by the re-appointed chairman, Elias Mbam, at the Presidential Villa, Abuja,  pointed out that the fulfilment of the commission’s  mandate was very important for the nation’s economy.

Buhari said: “In my speech on June 12 Democracy Day, I informed Nigerians that this administration has laid the foundation for transforming our country and liberating our people from the shackles of poverty by putting policies and measures to integrate our rural economies to the national economic grid.

“Our measure is to extend credit facilities currently available, to be able to encourage and support domestic production of basic goods and reduce our reliance on imported goods.   I set a target for our country to lift 100 million Nigerians out of poverty in 10 years. This commitment is to further challenge the Revenue Mobilisation, Allocation and Fiscal Commission to rise to its constitutional responsibilities and mandate”, the President added.

On the commission’s revenue generation task, Buhari  charged  “the chairman and honourable commissioners to concentrate more on expanding the sources of revenue to the federation account and other non-oil sources including solid minerals, use all legal ways and means to strengthen its monitoring mechanism and block leakages of revenue from the federation account , all relevant laws and regulations on revenue collection and remittances should be fully complied with and appropriate sanctions visited on defaulters.”

The RMAFC is the statutory body charged with the responsibility of preparing the revenue sharing  formula among the tiers of government and fixing the remuneration of political office holders as well as monitoring the revenues accruing to the federation account from revenue-generating agencies.

The re-appointed chairman had left the commission in November 2015 after the end of his first five-year tenure and was subsequently penciled down in 2016 for re-appointment by the Presidency but his name was not forwarded to the National Assembly for approval until recently.

Currently, the Federal Government gets 52.68 percent of the federation account allocation while the  states and local governments share 26.72 per cent and 20.6 per cent respectively.

Agitations by the sub-national governments for a revised revenue sharing formula have been on for over 10 years and the last effort by the then  Mbam-led board to have it reviewed during the President Goodluck Jonathan’s administration were frustrated by highly powerful politicians close to the corridors of power then.