The faith of the outgoing leaders of the Economic and Financial Crimes Commission (EFCC) and Federal Inland Revenue Service (FIRS) hang in the balance with President Muhammadu Buhari weighing his options on the leadership of the two prime agencies. 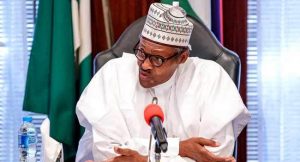 Although there is a lack of clarity on their effective dates of appointments, presidency sources disclosed Wednesday that the president would definitely make a decision within weeks.

While Magu was appointed in an acting capacity on November 9, 2015, and would clock four years on Saturday, Fowler was announced on an interim basis on August 18, 2015, but got Senate confirmation on December 9, 2015.

With Fowler, whose tenure terminal date ran into a web of controversy a few months ago, contending that his effective date of appointment was December 9, 2015, making next month his end of tenure, Magu’s case is more complex, having regard to his non-confirmation by the Senate.

While some of the lobbyists, especially influential politicians, were said to be mounting pressure on the president to drop them, both are said to enjoy the confidence of some government officials and some dignitaries who want their tenure extended.

The options, a presidential source said, were for the president to retain them by giving them a new term, extend their tenure or drop them.

The president, for instance, could either reappoint Magu for another term of four years, in line with Section 3(1) of the EFCC Act or replace him.

Section 3(1) of the EFCC Act states: “The chairman and members of the Commission other than ex-officio members, shall hold office for a period of four years and may be re-appointed for a further term of four years and no more.”

It was gathered there were so many forces arrayed against Magu and his chances of remaining in the EFCC beyond the expiration of his first term tenure would depend on which of the group of the lobbyists win with the president.

But some sources said yesterday that the president might retain Magu by making him also a beneficiary of the tenure extension being enjoyed by the four services chiefs: the Chief of Defence Staff, General Abayomi Olonisakin; the Chief of A