The House of Representatives has begun the investigation of unclaimed share dividends in the capital market valued at over N126.03bn. 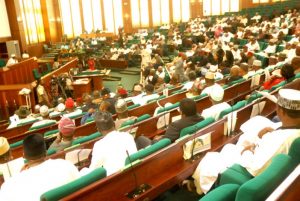 The move followed the adoption of a motion moved by Babangida Ibrahim at the plenary on Wednesday, entitled, ‘Need to Investigate the Rising Value of Unclaimed Dividends, Unremitted Withholding Tax on Dividends and their Attendant Effects on the Nation’s Economy.’

Adopting the motion, the House unanimously mandated the committee on capital market and institutions to investigate the “rising value of unclaimed dividends and unremitted withholding tax on dividend and their attendant effects on the nation’s economy and report back within six weeks for further legislative action.”

Moving the motion, Ibrahim said unclaimed dividends had continued to increase over the years, and by implication unremitted withholding tax on dividends in Nigeria.

He added that almost three years after the 8th House’ intervention, the value of unclaimed dividends as of March 2019 stood at a whooping sum of N126.03bn.

Ibrahim said, “The House is aware of the mechanisms put in place to address the issue of rising value of unclaimed dividends such as adoption of electronic dividend payment method, dematerialisation of share certificates, acceptance of dividend warrants in both savings and current accounts, need for consolidation of accounts by the Central Securities Clearing System and Registrars, need to resuscitate publication of names of owners of unclaimed dividends by companies among others, have been applied with no significant positive outcome.

“The implications of large value of unclaimed dividends on the economic development of Nigeria to include, but not limited to, adverse investors’ confidence, decrease in the availability of long-term capital for economic development and the likely volatility in the regulation of the capital market.”