BY  BEN EGUZOZIE
…As Barbados ratifies partnership agreement with Afreximbank

The Caribbean, a region of 18.9 million people whose origin is Africa, has inched further closer to touching the home continent in a new move that will facilitate the reversal of centuries-old underdevelopment of both regions. The latest is the ratification, by the Barbados parliament, of a partnership agreement with the African Export-Import Bank (Afreximbank) for greater economic relations.

This is largely a follow-up from series of earlier investment forums, summits, and agreements between leaders of both regions’ development finance institutions (DFIs) aimed at linking the two regions for common economic interests.

In September this year, a partnership agreement between Afreximbank and the nine constituent countries of the Caribbean Commission (CARICOM) was announced during the first-ever Africa-Caribbean Trade and Investment Forum (ACTIF) held in Bridgetown, Barbados. 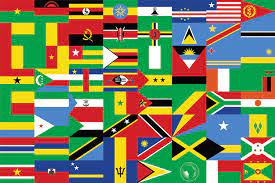 ACTIF2022, which held under the theme “One People, One Destiny: Uniting and Reimagining Our Future”, was convened by Barbados and Afreximbank, in collaboration with the African Union Commission, the AfCFTA Secretariat, the African Business Council, the CARICOM secretariat and the Caribbean Export Development Agency, and co-managed by Invest Barbados and Export Barbados.

Hundreds of business people, entrepreneurs and leaders of development finance institutions in the two regions gathered from across Africa and the Caribbean for the forum.

At the partnership agreement, Africa and the Caribbean, a continent and a region with similar historical antecedent, agreed to remove ‘the scars of the middle passage’ marked by the Trans-Atlantic Slave trade, a sad era in which 12 million to 12.8 million Africans were scooped out of the continent and shipped across the Atlantic over a span of 400 years. This time, both regions want to use business to link each other.

Barbados, one of the nine member-states of CARICOM that signed the partnership treaty, has become the first to ratify it. The nine CARICOM member-states that signed the Afro-Caribbean Treaty are Antigua and Barbuda, Barbados, The Bahamas, Dominica, Guyana, St. Kitts and Nevis, St. Lucia, St. Vincent and the Grenadines, and Suriname.

It is a case of one people with similar historical antecedent, but sorely dissimilar economic performances. Africa, the mother continent, has larger landmass, vast population of 1.307 billion (2019), and a GDP of $3 trillion. Its average per capita income represents $1,970 (as of 2021). The Caribbean, with a much smaller population of 18.9 million, posts a GDP of $82 billion and per capita income of $4,348, thereby dwarfing the mother continent.

The agreement establishes a framework for cooperation between Afreximbank and the CARICOM to strengthen trade and investment links between Africa and CARICOM member-states. The treaty aims to facilitate cooperation and mutual support, as well as help with the promotion and financing of trade between the two regions.

Barbados’ ratification of the agreement constitutes a major advance for the promotion and development of South-South trade between Africa and the Caribbean, and now clears the path for Afreximbank and the co-parties to begin their joint efforts to realise the benefits of closer trade and economic links which the treaty was designed to promote.

According to Benedict Oramah, president and chairman, Board of Directors of Afreximbank, the courageous and historic treaty ratification by the government of Barbados towards closer trade between Africa and the Caribbean will reverberate for generations to come; and pave the way towards the rebound of cultural and economic ties between two regions that share great historical links and significant economic interests.

He welcomed The Bahamas and Guyana among the other signatories to the Africa-Caribbean partnership agreement.

Mia Mottley, Barbadian Prime Minister, earlier insisted that political cooperation, even though essential, was not sufficient to reverse the underdevelopment of Africa and the Caribbean.

“We, children of independence, have determined that we shall not allow another generation to pass without bringing together that which should have never been torn asunder. We face common battles from the climate crisis to the COVID pandemic, now to the third aspect of it, with respect to inflation and debt that threaten to tear too many of our countries apart and threaten to put back into poverty too many of our people,” Mottley said.

“These travel-dependent economies, whether in Africa or in the Caribbean, have literally been thrown on their backs, and we seek to fight this battle of bridging and reclaiming our Atlantic destiny on both sides, at the very time when the travel and tourism industry is facing its greatest challenge in decades… We can choose to record that as but another major battle, or we can say as my country has done, even in the midst of an IMF programme, that if you do not seize our destiny now, we will never seize it,” she said.

For the Barbadian PM, though it is not anticipated that Africa and the Caribbean can reverse centuries in a few years, it is anticipated that there are some who must claim the courage to jump off the ship and make it happen.