The Central Bank of Nigeria (CBN) is worried over the lack of fiscal policy complementarity required to drive economic growth to the historical levels attained before the economic recession of 2016/2017. 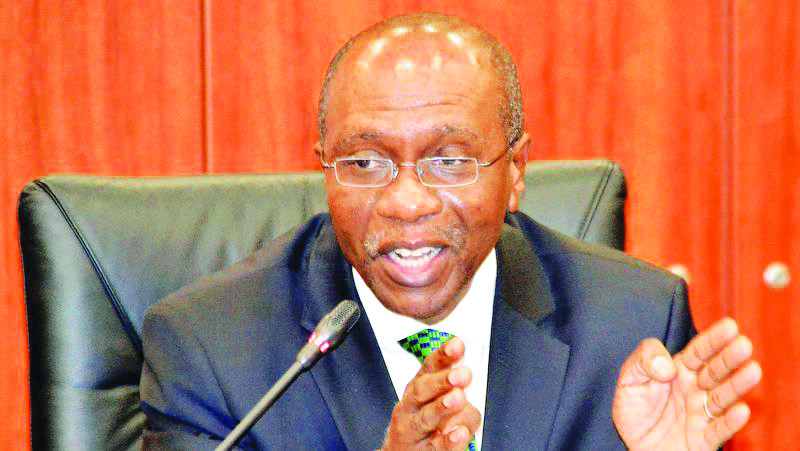 In the face of low disposable income and low investment level in the country, the apex bank is concerned that a supportive monetary policy orientation alone will not be sufficient to lift economic growth to the historical levels of 5-6 per cent.

business a.m. which saw the minutes of the apex bank’s management recent meeting notes the frustration of the bank on how to grow the economy to an appreciable level. Specifically, the bank called for other policies of government, particularly ‘fiscal and sector policies’ which have to be in the same mode with the monetary policy.

The bank believes that over the short-term, the implementation of a new national minimum wage will lift disposable incomes and boost aggregate demand.

For instance, output growth retained its fragile but positive trajectory in 2018, achieving a 1.81 percent growth rate, which is definitely below the long term potentials of the economy. The trade war between the United States and China, the uncertainty in the global oil market, the increasing trade protectionism attitude of some western economies, as well as some external fragilities may further weaken the Nigerian economy.

“Aggregate credit expansion to the real economy continues to pose serious challenges. Net credit growth to the private sector is lower than provisional benchmark for 2018. The high interest rate spread and the high lending rates are challenges that require new and innovative approaches.

“The Bank has in the past few years been successful in managing inflation and exchange rate expectations. It has also succeeded in creating the environment for foreign capital inflows, however, there is a need for coordination between monetary and fiscal authorities to unlock the economic potentials of the economy and of Nigerians. Addressing infrastructure constraints and measures to promote competitiveness of local products will be critical to economic diversification,” the apex bank said.

Since Nigeria’s exit from recession in Q2 2017, GDP growth has remained fragile, averaging about 1.5 per cent, far below the pre-2016 recession levels. This fragility is further exacerbated by rising unemployment rates, reaching as high as 23.1 percent in Q3 2018 (y-o-y); indicating that the economy is operating far below its potential.

The CBN said although the medium term outlook for growth remains positive, based on projections of 2.2 and 2.0 per cent by the World Bank and IMF, respectively, a stronger, more resilient and inclusive growth is desirable in view of the currently high unemployment and population growth rates and weak per capita income.

“This requires more coherent and balanced set of policies particularly with respect to revenue reforms, targeted investments in growth enhancing sectors, a more technologically driven production process and overall diversification of the economic base away from over reliance on crude oil. Improving financial sound,” it said.

Nigeria has set a growth target of 3 percent for 2019 but economists are quick to point out that this is not realistic under the current economic circumstances.  They said the assumption of growth rate at 3.01% will also be possible only if there is improvement in access to credit to the real sector of the economy particularly for the small and medium scale enterprises (SMEs), small holder farmers and increase in the level of consumption in the economy by households.

These concerns being expressed now by the CBN about a lack of complementary policy support from the fiscal authorities have been well noted in the economy for more than three and a half years.

A lack of effective coordination of the economy in terms of policy trust and direction has been blamed for the failings of the economy, experts say.

Experts have long worried about the unabated fiscal crises such as the suffocating debt hanging over the country, contracting revenue sources, volatility in the foreign exchange receipt of the country owing to its mono-cultural economic structure, among others.

They have held that efficient and effective fiscal operations would create employment, remove dysfunctions from the economy, promote economic growth and generally lead to economic development.

Analysts are generally of the view that in the last three and a half years, the fiscal authorities have all but abandoned the management of the economy to the monetary authorities, choosing instead to engage in high stake politics, with an ample amount of time spent trading blames and calling out a government it took power from nearly a full term ago. Many say the fiscal authorities have failed to provide leadership in economic management and have, instead, chosen to act like traders without ideas needing money to deliver on their mandate but lacking the capacity to come up with fresh ways of re-engineering the economy.