Waking up after 20 years of being in a state of comatose, the Central Bank of Nigeria (CBN) has dangled N50 billion before the dead yet salary paying and overhead expenses guzzling Nigerian Commodities Exchange (NCX). The CBN, apparently going to work with the Nigeria Sovereign Investment Authority (NSIA), will inject the money to try to strategically resuscitating the redundant NCX. Many are already betting that it will go the way of the rest, into nothingness. 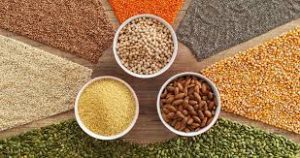 Nigeria government is known to like to throw money at things, sometimes even before they had thought through them, understood them and have the resilience to bend over to do the rigorous work required to make success our of them.

So, on January 26, Godwin Emefiele, the CBN governor, during the inaugural meeting of the steering committee held in Abuja, Nigeria’s capital city, told his audience, and therefore, Nigeria at large, that this was what they were going to do – give NCX N50 billion.

Emefiele doubles as the head of the steering committee, and he assured the committee will in a matter of days, come up with the agenda and framework for the restructuring and repositioning of the Nigeria Commodity Exchange (NCX) to ensure that prices of commodities regain stability which, he explained, is the core mandate of CBN.

He assured that the implementation of the proposal will create an enabling structure and framework to help farmers gain direct access to buyers at the exchange, thereby obliterating arbitrage currently controlled by middlemen in the market which has hindered farmers’ productivity for decades.

The CBN governor further announced the cancellation of the NCX’s privatisation, stating that the process was found to have become more of a deterrent rather than a solution to the challenges facing Nigerian farmers.

He also said the CBN is in discussion with the management of the NCX, as well as other major stakeholders to revive the exchange and elevate its facilities as seen in other African and developed countries around the world, where commodities exchanges are key drivers behind economic growth and productivity.

Why the Nigerian Commodities Exchange failed

The Nigerian Commodities Exchange was initially incorporated as a stock exchange (Abuja Stock Exchange) in June 17, 1998 and was converted to a commodity exchange in 2001 under the auspices of the then federal ministry of commerce, with the objective of producing a platform to enable farmers produce more, get realistic price offers for their commodities, allegedly distorted by middlemen and also, enjoy a viable connection with various stakeholders in the agriculture sector.

Several years down the line, the commodities exchange has failed to actualise any of its objectives and many factors have been held responsible for this worrisome situation.

Sola Oni, commodities broker and CEO, Sofunix Investment and Communications, a leading public relations, corporate and marketing communications agency, described the NCX as a market without wares, floating like a rudderless ship despite being in existence for over two decades.

According to him, asides the government’s lethargic approach to managing the premier commodities exchange, its operations have been stifled by weak and questionable regulatory structures including, absence of rules, issues of inefficient deliveries with counterparties, among others.

On his part, Obiora Madu, chief facilitator/CEO, Multimix Academy, a logistics and supply chain management consultancy service, pointed that the NCX was structured to fail from the onset.

He noted that commodities exchange is not rocket science as it is fully operational in Kenya, Zimbabwe, Malawi, Ethiopia and many other countries in Africa.

“If all these countries can run their commodities exchange successfully, why shouldn’t Nigeria?” He asked.

According to him, the inactiveness of the NCX for several years is a reflection of the mismanagement seen across many sectors in the country.

He bemoaned that people go to work there daily, earn salaries without the organisation achieving what it was set up for and no key performance indicators to show for all the wasted years.

“It is very unfortunate that 23 years after setting up an organisation, it is now that we are realising that something is wrong, meanwhile the commodity exchange has lost a vital role to play in facilitating the non-oil export and the commodities market that we are supposed to be experiencing,” he said.

According to him, it is unfair to compare the Nigerian Commodity Exchange to that of other countries where there are regulations to the marketing of listed commodities traded on the exchange. He stated that such is not highly applicable in Nigeria because the NCX has not been able to generate the required awareness, finance and other support it needed to compel buyers and sellers of the commodities to trade listed commodities.

In November 2020, barely three months ago, Zaheera Ali, managing director, Nigeria Commodity Exchange portrayed a mundane disposition and an embarrassing ignorance of the commodity sector during a Senate hearing in Abuja. When questioned about the prices of key commodities in the agriculture sector by Tolulope Odebiyi, a senator representing Ogun West Senatorial District, the managing director admitted anonymity of daily commodity prices.

This shameful act further exposes the inefficiency of the Nigerian Commodity Exchange. But worse still, despite the national ridicule the widely circulated video generated, her position remains intact till date, what would have likely led to a summary dismissal in saner climes.

In 2017, AFEX launched its trading platform, which also provides a weekly commodities price data. It took a step further in 2019 by establishing the AFEX Commodities Index (ACI), Nigeria’s first commodities index, which tracks changes in prices of maize, paddy rice and soybeans. However, the firm, which currently operates on the purchase of agricultural commodities into warehouses for sale, is yet to fully develop its dealing member firms as well as its depository, which are major elements of a structured commodities exchange.

The Lagos Commodities and Future Exchange, granted licence on June 14, 2019, is yet to flag off trading. More so, the Securities and Exchange Commission has not approved trading rules for commodities exchange in Nigeria, a vital requisite for commodities trading.

The CBN’s proposed move towards restructuring the NCX has drawn reactions from Nigerians, notably stakeholders and commodities analysts concerned about the development of the commodities exchange in Nigeria.

Obiora Madu, expressed displeasure over the CBN’s proposed N50 billion intervention fund, noting that there have been several of these incentives in the past and the government has always, in many instances, wrongly believed that the solution to every problem is pouring in more money.

He stated that the challenge is rather systematic and for the commodity exchange to operate efficiently, licensed warehouses, legal framework, stakeholders, exporters, commodity traders as well as the Standard Organisation of Nigeria (SON) and other related bodies need to be the major concern of the apex bank.

The N50 billion going into the exchange, he said, is a waste of money if it doesn’t encompass the whole structure as some government-owned institutions have been recapitalised more than once without yielding any favourable result.

He enjoined the government to focus not just on the commodity exchange but the commodity ecosystem in general and put a structure in place that will drive the entire market and encompass farmers, local buying agents, commodity traders, exporters, inspection agents, insurance companies, lawyers, logistics infrastructure outlets, among others.

Citing the success of the Export Promotion Council of Cote d’ivoire, which is 20 per cent government-owned and 80 per cent private-owned, he noted that if the Nigerian government wants the exchange to work efficiently after helping to put all the necessary structures in place, the best thing is to engage private sector investors. The government, he said, can take 40 per cent while the private sector takes control of 60 per cent.

Akinyinka Akintunde, vice president, Financial Markets, AFEX, said for an exchange to be able to operate efficiently, the CBN needs to stimulate a harmonious approach of all key stakeholders to enhance price stability of agriculture produce.

Akintunde further noted that the CBN’s perspective is more like a policy transmission entity, which needs to trend towards an end-to-end inclusive implementation, not only targeted at a single point of the value chain, but converge at the point of the commodities exchange where buyers and sellers could have access to what the true price of the commodities are, and get the value derived for all key stakeholders across the entity.

This, he explained, will ensure that price speculations are curtailed as everyone would have access to a transparent system which will help in implementing logistics for the transportation, storage and efficient operationalisation of commodities in the ecosystem.

Sola Oni, a former spokesman of the Nigerian Stock Exchange (NSE) opines that the announcement of N50 billion capital injection into NCX is not something to cheer as it is likely to have an undercurrent of creating unhealthy competition in the commodities space.

Selective capital injection, he said, does not guarantee the turnaround of NCX, while denial of private operators’ involvement in managing the market may continue to rob it of competitive edge.

He suggested that the government should encourage institutions that can promote price discovery, portfolio diversification, hedging and import and export competitiveness and provide supportive legislation to enhance operations of commodities exchanges in the country.

“Nigeria has a lot to benefit from commodities exchanges. Our apex bank should settle to create an enabling environment, guarantee offtake agreements and fungible financial products for capital raising via this specialized market,” he recommended.

Nkechi Obi, Corporate Affairs Desk, Lagos Commodities and Futures Exchange (LCFE), said commodities exchanges as operated in many countries, connect buyers and sellers of fiscal commodities, offer a wide range of benchmarks on commodities, a role that is particularly useful in enhancing market efficiency to match supply and demand of commodities, control volatility of price in the commodities market and ensure farmers get real narrative prices of their commodities.

The commodities exchange, according to her, is in dire need of public awareness, sensitisation and an increased participation of the farmers and all other stakeholders in the agriculture value chain.

She added that commodities exchange within the context of economic growth is expected to have a tremendous effect on the country’s economy as it will not only facilitate the diversification agenda of the present administration, but enable it possess a functional commodity exchange capable of attracting investors and fostering Nigeria’s trade relations with other countries of the world, particularly the African Continental Trade Area (AfCFTA) deal.