China will stockpile up to 7 million tonnes of soybeans bought from the United States during an earlier truce in the trade war between the nations, two traders familiar with the matter said, rather than crush them for immediate sale as a feed ingredient. 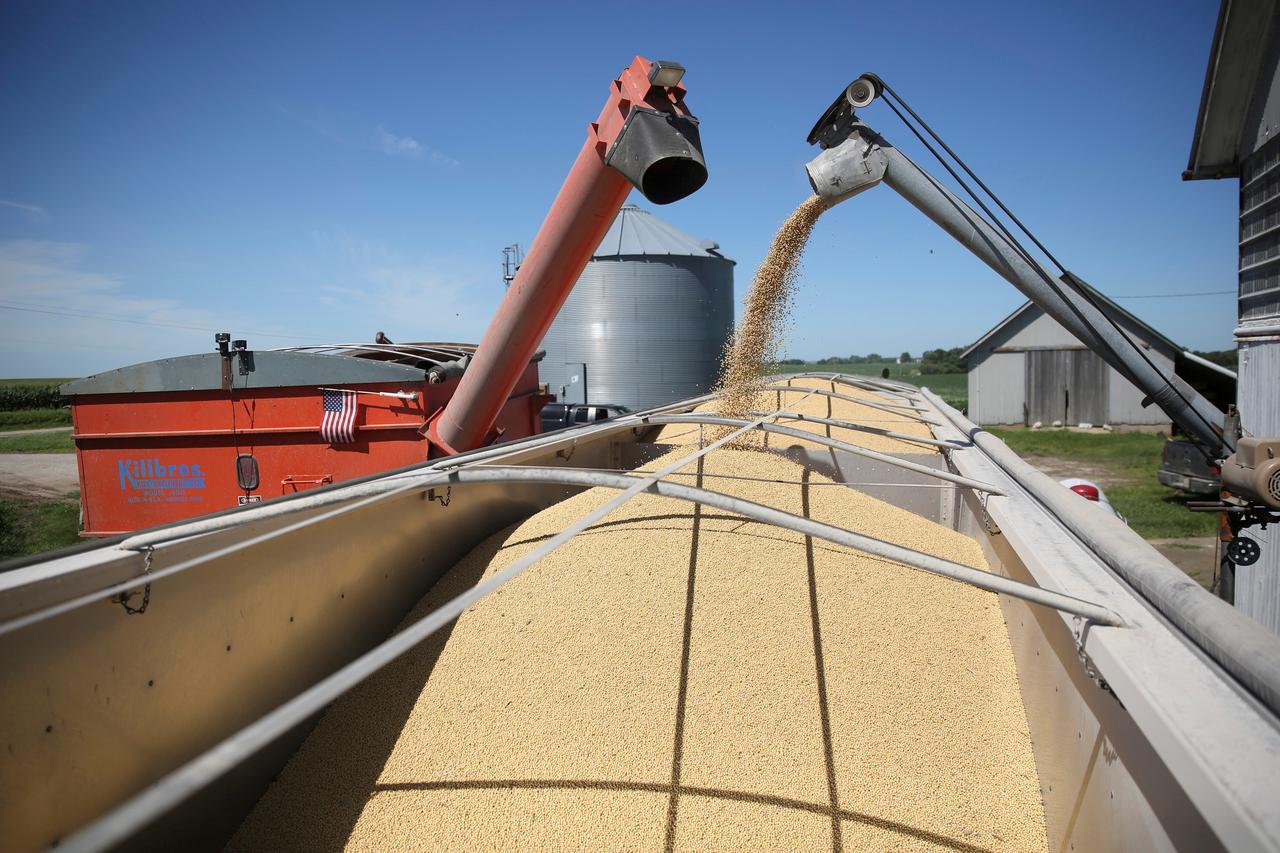 The unusual move to store such large volumes of the U.S. oilseed comes as China faces the specter of a drawn out trade conflict with its second-largest supplier of the commodity after tensions between the two escalated abruptly last month.
China typically buys about two thirds of globally traded soybeans to help feed its huge livestock herd, although it has been taking steps to reduce that such as turning to alternative meals and crimping protein levels in feed.
China bought about 14 million tonnes of U.S. soybeans from December as part of the truce in the trade spat between the world’s top two economies.
More than 6 million tonnes have already been shipped to China, with most of that processed into oil and feed ingredient soymeal, said a trade source at a state-owned company and another trader at an international trading house.
However, remaining beans booked by state-owned COFCO and Sinograin but not yet shipped will be diverted to state reserves, said a trader familiar with the matter.
A Singapore-based trader at an international trading company who was briefed on the matter confirmed the change in strategy, which took place in May following renewed tensions between Beijing and Washington.
“Whatever volumes of beans that now come from the U.S. go into storage, as they are preparing for a long-drawn trade war,” the trader said.
All the traders declined to be identified as they were not authorized to speak to media.
Sinograin, which manages state soy reserves, did not respond to a fax seeking comment on the issue. COFCO did not reply to an email to its media department.
The shift in purchasing strategy followed the sudden escalation in the Sino-U.S. trade war last month, when U.S. President Donald Trump hiked tariffs on imports of Chinese goods, triggering a swift response from Beijing.
China, the world’s top soybean buyer, had already sharply reduced imports from the United States after setting a 25% duty on such cargoes last July in response to earlier tariffs on Chinese goods set by Washington.
To offset the fall in U.S. imports, China stepped up buying from Brazil and other countries.
Many in the sector had been counting on a resolution to the trade dispute before the next U.S. soybean harvest around October. But with the sharp deterioration in trade relations in recent weeks, China may now enter a second crop year with prohibitive tariffs on U.S. supplies.
“Obviously the U.S.-China relations have gone terrible and everyone is expecting a protracted trade war,” said Darin Friedrichs, Shanghai-based Senior Asia commodity analyst at INTL FCStone.