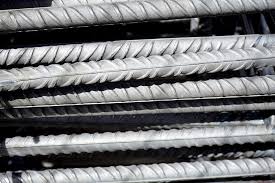 on ban would also apply to the cement and flat-glass
industries, which were already subject to restrictions in 2018, while
newly added primary aluminum capacity would continue to be strictly
controlled.
However  China which is the  the world’s top producer of both steel
and aluminum, has been clamping down on new industrial capacity built
without the necessary approvals in its fight against pollution.
The country last March set a target to cut around 30 million tonnes of
annual production capacity from its bloated steel sector, which
currently has a total capacity of around 900 million tonnes, in 2018.
It was also striving to meet a five-year goal of cutting 150 million
tonnes by 2020 two years early.
There is possibility that China will support key regions in cutting
steel capacity further this year