Commonwealth Bank of Australia (CBA) has revealed its plan to move its European headquarter from London to Amsterdam after Britain’s departure from the European Union (EU) in the coming month. 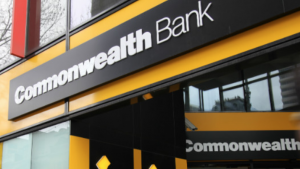 The United Kingdom’s prime minister, Boris Johnson, had earlier declared that the British economy would thrive with an Australian-style trade deal with the EU. This, many have described as a euphemism for a no-deal crash out of the bloc.

In a statement by the bank, it noted that the new Dutch office will help CBA to continue supporting European clients when it begins operation in the first half of 2020 regardless of the outcome of Brexit.

The statement read in part, “Our new European head office will also enable us to share valuable international insights with our Australian clients.”

Wilco Hendriks, European director, told the Dutch financial daily, FD, that CBA will employ about 50 people in Amsterdam by June, while its London office would remain open with four times bigger staff.

Andrew Hinchliff, institutional banking and markets executive, pointed out: “Amsterdam is the perfect choice for CBA to support its institutional clients based in Europe and offers a talented, multilingual workforce as well as a thriving fintech ecosystem.

“We’re currently working closely with our clients domiciled in Europe to make the transition as seamless and smooth as possible,” Hinchliff added.

Since 2016, businesses in finance, information technology, media and health have moved their head offices from London to Amsterdam following Britain’s decision to leave the EU.

Financial services, from the first date of that possibility, 29 March 2019, were legally obliged to be ready for a no-deal Brexit. This means that if they offered services in an EU member state they must be licensed in a member state.

Bigger firms such as HSBC, have large operations in the UK and also in Paris, while others opened operations in Frankfurt, Dublin, Luxembourg and Amsterdam.

Similarly, with the loss of 900 jobs in London, the European Medicines Agency has relocated to Amsterdam, and the European Banking Authority moved to Paris in 2019.