The recently released World Agricultural Supply and Demand Estimates (WASDE) for January by the US Department of Agriculture (USDA) has intensified fears of shortages for global supply of soybean, corn and wheat in 2021. 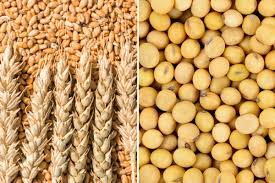 This comes after the USDA end-of-season report projected that soybean, corn and wheat supplies will fall below trade expectations.

The supply crunch, according to market analysts, is as a result of governments locking extra food supplies amid the COVID-19 pandemic and unfavourable weather conditions that have disrupted supply chains and thinned stockpiles in top producing countries, including the U.S, Brazil and Argentina, major export countries of the grains.

As a result, concerns about tight supplies have pushed corn, soybean and wheat futures higher with expectations of the grains reaching multiyear peaks in coming weeks.

He noted that asides the reduction in current crop year supplies, the demand for grains, especially soybean, is fairly strong and has proved a major concern for investors.

On his part, Jack Scoville, analyst with Canadian based food service industry, Price Group, said nobody was expecting corn production to drop like that. The USDA, he stated, underestimated the damage of the weather conditions in production regions and probably overestimated some of the better areas during its previous forecasts.

As a result of the projected drop in supply, Argentina has moved to curb corn exports, while top wheat exporter Russia is considering raising a previously announced export tax on the grain as it continues to battle wintering conditions affecting its wheat production, leading to expectations of further price hikes in the global market.