Market analysts at Coronation Merchant Bank have hinted that they expect the Central Bank of Nigeria (CBN) to continue with its gradual step-changes in the naira-dollar exchange rate management during 2021 as such a move will gradually narrow the gap across the multiple rates windows in the country. They also believe that it will help to improve liquidity in the Nigerian Autonomous Foreign Exchange (NAFEX) and the Investors and Exporters (I&E) windows. 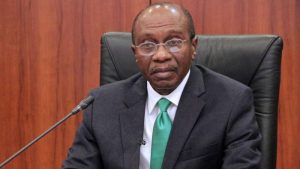 “We do not expect to see a crawling peg regime announced, but we do expect the CBN to continue with such step-changes in Naira versus the US dollar exchange rates during 2021. This way the CBN would be able to gradually narrow the gap between, say, the FMDQ OTC I&E window at N410.25 to the dollar and the cash parallel exchange rate, which is often reported at N470 per dollar.

“Doing this might go some way to addressing the World Bank’s stance that Nigeria needs to merge its currency rates. And it might improve liquidity in the NAFEX and I&E windows, with time,” the analysts wrote in a note on the exchange rate situation in the country.

Specifically, the analysts in a research note on the naira crawling peg by the apex bank, wrote on the back of Governor Godwin Emefiele’s remarks at last November MPC meeting in Abuja, when he expressed frustration with people quoting parallel market rates saying:

“But we are saying that even if the currency is overvalued, shouldn’t you go through a step-wise process where the shock can be less-felt, rather than those (who are supposed to know how this works) beginning to cause panic by saying that the exchange rate of Nigeria is N480?”

The rates, according to the CBN, will see the international money transfer operators (IMTOs) exchange the local currency at N388 for the greenback and the deposit money banks will sell to the central bank by a naira higher than the IMTOs at N389 per dollar. While the central bank sells to the bureau de change (BDCs) operators at N390 to a dollar, the latter can now trade with the currency end-users at a rate not more than N392 for the greenback.

However, currency traders who were hoping for a quiet end to 2020 did not get their Christmas wish owing to the exchange differentials. During 30 and 31 December, the naira against the dollar rate moved by 4.26 per cent, to close at N410.25 for the greenback in the Importers and Exporters Window (I&E Window). At the same time, the naira weakened by 2.02 per cent to close at N400.33 per dollar in the NAFEX market, though, Bloomberg reported that the Central Bank of Nigeria (CBN) was allowing the markets to do this for a reason.

But, should we be surprised, or are these moves part of a deliberate strategy by the apex bank? Analysts have argued for a long time that, over multiyear periods, the naira versus US dollar rate reflects differences between their inflation rates. This logic can also be applied to a single year. A clear analogy can be given that, with Nigeria’s year on year inflation at 14.9 per cent and the US inflation at 1.2 per cent year on year as of November 2020, it then means that the naira might reasonably depreciate by 13.5 per cent over the same period.

Now that the Central Bank of Nigeria (CBN) is following a managed exchange rate policy, is it moving towards a crawling peg? Last year saw several changes in the CBN’s official rate, and significant changes in the Naira exchange rates quoted by FMDQ, Nigeria’s over-the-counter (OTC) exchange.

Moves recorded in the last trading sessions of 2020 brought the Importers & Exporters Window (I&E Window) to N410.25 per dollar. This goes some way to narrowing the gap, maybe now, by less than 15 per cent between the OTC currency market and the cash parallel exchange rate. It goes some way to addressing the World Bank’s criticisms of multiple exchange rates. This suggests that there may be more step-changes in naira to the dollar in 2021.