Analysts at Coronation Merchant Bank are projecting market interest rates to move up sharply in a continuous way in 2021 following Nigeria’s recent exit from recession with a meagre 0.11 per cent year-on-year growth in the final three months of 2020, according to the GDP report published by the National Bureau of Statistics (NBS). 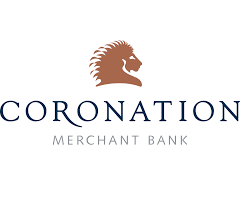 In the past week, Nigeria’s gross domestic product (GDP) data was announced, bringing surprises to the markets by showing growths, as well as beating the expectations of major economic analysts and international economic agencies or bodies, by posting the best output growth in the world ahead of the United States, China, Japan, among others at 9.7 per cent quarter-on-quarter.

A cursory analysis of the data from the nation’s statistics office by Coronation Merchant Bank analysts revealed that policymakers are likely satisfied with their performance in 2020, as it can be argued that a combination of low-interest rates, credit-generating policies and the Economic Sustainability Plan (ESP) prevented the full-year recession of 1.92 per cent year on year from being worse.

They also expressed the view that inflation was not a central concern of policy makers who saw it as more of a structural than a monetary issue.

“We expect them to return to this topic in 2021. After all, if low-interest rates are needed during a recession, then we can infer that a growing economy can bear higher rates than before. We are seeing market interest rates move sharply up this year and we expect this process to continue. We expect Nigerian Treasury Bill (T-bill) rates of 10.0 per cent by mid-year.

“One important note to make here is that commercial banks may find it difficult to adjust their savings rates upwards, as a large proportion of their funds are still tied up by the Cash Reserve Ratio, which is officially 27.5 per cent but, according to the recent Article IV report from the IMF, it is closer to 46.0 per cent in practice, earning very low rates. Savers wishing to earn interest income are likely to head for Money Market Mutual Funds, in our view, as these do not bear such reserves,” the analysts pointed out.

On the implication for the equities market, the analysts while appraising the extreme performance of the NSE All-Share index, which recorded a gain of 50.53 per cent in 2020, said that with rising rates, it is expected that the attractions of some equity investments would wane as listed companies on the Exchange do not enjoy the growth of the economy.

“At the same time, growth in the economy is not necessarily enjoyed by listed companies and we have argued for a long time that consumers on moderate incomes buy products from predominantly unlisted food manufacturers and most of their food purchases are of basic commodities, anyway. This, in our view, was closely related to the significant decline in market interest rates. As rates rise we would expect the attractions of equity investments generally (but not all equity investments) to wane,” the Coronation Merchant analysts asserted.

However, from the data published by the NBS and accessed by Business A.M., there was noticeable improvement in the trend for the Trade sector, which is 15.46 per cent of the economy, where the rate of tightening improved from 12.12 per cent year-on-year in Q3 to 3.20 per cent in Q4. Also, in the manufacturing sector, which comprises 8.60 per cent of the economy, the rate of contraction was maintained at 1.51 per cent year-on-year for both Q3 and Q4.

Though, it seems that these large segments of the economy, while still contracting year-on-year in Q4 had made significant adjustments to difficult trading conditions and had adapted to exchange rates, including the exchange rate in the parallel market. One significant effect of this, naturally enough, would have been upward pressure on inflation as import costs for traded items and raw materials were passed through to customers.

Conclusively, the recommencement of growth signals a move away from the deep-seated and heterodox policies of 2020 towards a more conventional policy mix in 2021. Though market interest rates are a long way from the rate of inflation (16.47% y/y in January) analysts further expect the rates of inflation and interest to move in this direction as savers in money market funds look to be the winners from this process.