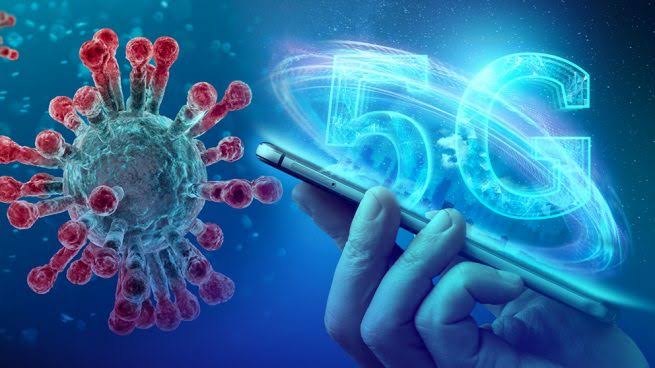 At  the height of global suffering in the deadly hand of novel Coronavirus virus disease, accusing fingers have been pointed at fifth generation Internet technology (5G) as the main cause of the pandemic. OMOBAYO AZEEZ examines if the 5G technology can be exonerated from the weighty allegations based on available data backed with authorities and scientific evidence.

The torrential expression of concerns over a possible direct correlation between the Coronavirus pandemic and to exposure to radiofrequency electromagnetic fields from telecoms base stations for mobile telephony, particularly that of fifth generation wireless network (5G) have steered global interest.

5G is a fifth generation of mobile technology which is an improvement on today’s 4G technology with enhanced capabilities. The technology provides the platform for new and emerging technologies such as Internet of Things (IoT), Artificial Intelligence (AI) and Big Data to improve the way we live and work.

Indeed, the world over, arrival of a new technology is often celebrated, just as the 5G technology was not quite long ago. The same technology will, however, be immediately denounced by the survival and preservation instincts of man, once indications emerge that it poses threats to life, even when these have not been scientifically proven.

It can be said therefore that the ongoing outburst against 5G by concerned individuals is understandable, particularly in the light of the current delicate global health situation which has been claiming lives in thousands.

Emerging evidence from authorities have, however, shown that the concerns raised so far were merely laced with fear, emotion, conspiracy theories and these are further given fillip by the level of ignorance of the populace about the subject matter.

Lest the much anticipated 5G technology is sacrificed on the altar of unproven claims and allegations that it causes the global health affliction in the name of Coronavirus or COVID-19, it is imperative to draw reference from evidence given by reliable authorities before proclaiming 5G innocent or guilty.

The International Commission on Non-Ionising Radiation Protection (ICNIRP) stated that scientific literature published since the 1998 guidelines has provided no evidence of any adverse effects below the basic restrictions and does not necessitate an immediate revision of its guidance on limiting exposure to high frequency electromagnetic fields.

The German-based ICNIRP, which carried out a seven-year study on the health implications of 5G, recently debunked claims that 5G radiated emission is capable of causing pandemics such as Coronavirus.

Eric van Rongen, chairman of ICNIRP, said: “We know parts of the community are concerned about the safety of 5G and we hope the updated guidelines will help put people at ease. Over the course of our research, we found no evidence that the use of 5G mobile phone networks harmed the body beyond heating some tissue.

“We also considered all other types of effects; for instance, whether radio waves could lead to the development of cancer in the human body. We found that the scientific evidence for that is not enough to conclude that indeed there is such an effect.”

In the same vein, the World Health Organization (WHO) has long declared in 2011 that a large number of studies had been performed over the last two decades to assess whether mobile phones or telecommunications masts and towers pose a potential health risk.

In the wake of the current controversy, the WHO reaffirmed again that “To date, no adverse health effects have been established as being caused by mobile phone use and this include the latest 5G technology”.

Also, far away from the Nigerian shorelines, the Independent Expert Group on Electromagnetic Fields of Sweden settled the misgivings as far back as 2013, saying, “Recent research on exposure from transmitters has mainly focused on cancer and symptoms, using improved study designs. These new data do not indicate health risks for the general public related to exposure to radiofrequency electromagnetic fields from base stations for mobile telephony, radio and TV transmitters, or wireless local data networks at home or in schools.”

In Nigeria, Nigerian telecoms operators under the aegis of Association of Licensed Telecommunications Operators of Nigeria (ALTON) have also insisted that there is no iota of truth that 5G technology is the cause of the Coronavirus pandemic or any other form of illness.

Ggbenga Adebayo, ALTON chairman noted that the virus is also spreading in places without 5G networks like Nigeria, adding that there are many parts of the world that do not have 5Gcoverage yet but are still affected by the virus.

Findings showed that parts of United Kingdom, Iran, Russia have no 5G for commercial use, except for some of their military deployments, and these places have nonetheless suffered tragically in the hand of COVID-19.

He added that other types of technology that use radio waves include smart meters, TV and radio transmitters, and radar and satellite communications.

“Most modern medical laboratory equipment use radio waves, some use nuclear radiation, but they are used within the guidelines. We dare say that every medication has recommended dosage. Even too much food and drinks can become injurious to health. This is basically the same principle on which radio waves operate,” he said.

Other global bodies such as the GSM Association (GSMA), which regulates mobile usage and standards, have also reacted, reassuring that researches that have been carried out for over 20 years still attest to the safety of these networks.

No worries for Nigerians

Authorities in Nigeria have particularly allayed fears arising from the insinuation of health hazards caused by the fifth generation network, insisting that there is no such thing in country especially in respect of 5G

According to the Nigerian Communications Commission (NCC), despite that the country has conducted trials on 5G technology, powered by the biggest operators in the country MTN Nigeria, and midwifed by the NCC itself; no licence has so been issued for the commercial rollout of 5G in the country.

Ali Isa Pantami, communications and digital economy minister, said that based on available records at his office and the earlier report received from the regulator, NCC, the National Frequency Management Council (NFMC), of which he is the chairman, has not deliberated on or released any bulk frequency spectrum for the deployment of 5G.

He recalled that a 3-month study trial commenced on the 25th of November, 2019 in order to critically review and study the health and security implications of deploying 5G in Nigeria.

Telecoms operators in the country have corroborated this, saying “Even with all the virtues of the novel 5G, our BTS Sites across the country are still bereft of this technology. We will want to re-emphasize that several studies have been carried out even before the 5G emergence, indicating that the microwave emissions from these infrastructures have no harmful effect on human health.”

The alarm of imminent health dangers of 5G sounded louder and garnered more sympathizers last week after some recorded video clips, sound clips and textual contents showing ongoing laying of fibre optics in the country began to circulate on social media to further fuel wrong speculations about the 5G innovation.

In a swift response, however, Umar Danbatta, executive vice chairman of the Nigerian Communications Commission (NCC) said the ongoing laying of fibre optic cables and the deployment of other telecoms equipment by mobile network operators (MNOs) across Lagos and other states is entirely to expand their networks infrastructure across the country to provide more efficient services to the consumers.

According to him, “As we speak, any information suggesting or claiming that the equipment being deployed by the network operators are 5G equipment is purely misinformation deliberately orchestrated by individuals bent on creating ill-feelings in the industry.”

The EVC called on Nigerians to disregard such unfounded and ill-motivated information in its entirety regardless of whoever, no matter how highly-placed or lowly-placed, is making the insinuation.

According to details given by experts at Science Alert, in the 30-300 gigahertz range, there’s not enough energy to break chemical bonds or remove electrons when in contact with human tissue. Thus, this range is referred to as “non-ionising” electromagnetic radiation.

It has been approved by the government agencies concerned with radiation protection and nuclear safety across the world as not having the negative health effects of more intense radiation.

According scientists, radiation can come into contact with the skin, for example, when we put a 5G mobile to our ear to make a call. This is when we are most exposed to non-ionising radiation, adding however, that this exposure is well below the recommended safety level.

5G radiation cannot penetrate skin, or allow a virus to penetrate skin, according to them, and as such,  there is no evidence 5G radio frequencies cause health hazards or exacerbate the spread of the Coronavirus, particularly.

Experts further expatiated that the protein shell of the virus is incapable of hijacking 5G radio signals because radiation and viruses exist in different forms that do not interact. One is a biological phenomenon and the other exists on the electromagnetic spectrum.

“5G radio waves are called millimetre waves, because their wavelength is measured in millimetres. Because these waves are short, 5G cell towers need to be relatively close together – about 250 metres apart. They are organised as a collection of small cells, that is, a cell is an area covered by radio signals.

“For 5G to cover a larger geographic area, more base stations are needed in comparison to 4G. This increase in the number of base stations, and their proximity to humans, is one factor that may stir unfounded fears about 5G’s potential health impacts,” say analysts at Science Alert.

Until one gets to know pretty much about the technology, it may be easy to see it as another of such technologies that campaign in poetry but end up governing in prose. But by all standards, this is not the case as far as 5G is concerned.

The technology has better coverage area and high data rate at the edge of the cell. This was demonstrated during a comparison test on both 4G and 5G networks during MTN trial in Lagos, in which case it took just 15.78 seconds to download a 2.3 GB video on the 5G network.

Conversely, the same file on 4G took exactly 5 minutes, 3.84 seconds, putting the 5G speed about 20 times faster than 4G. Also, download speed on the 4G network was just about 68.2 Mbps, which is a little fraction compared to that of 5G. Worthy of note also is that the 4G network is on the 2600 MHz band and 5G on 26 GHz.

In addition to these is the fact that the technology, which is still seen as tech-savvy individuals as a new bride, has low battery consumption, availability of multiple data transfer rate, possible 1Gbps data rate, higher security and energy efficiency and spectra efficiency are as well good.

The fifth generation technology (5G), as an advanced wireless technology described as the network connectivity of the future, has been exonerated by local and global authorities from being the cause or contributing to the spread of Coronavirus pandemic.

I will contest for second term as AfDB president, says Adesina