…other tourist sites suffer neglect and absence of patronage 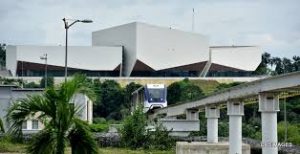 Summit Hills Estate, a flagship tourism estate, which sits on a-500-hectare land within the Calabar metropolis, is at the verge of extinction if the ongoing massive vandalism and looting of items at the estate is not halted by the estate’s management headed by Bobby Ekpenyong.

Like some other previously booming tourism sites that have been neglected by the current Ben Ayade administration, the Summit Hills, a supposed top-class international conferencing centre, is now a mere shadow of itself.

At full operation, the multi-service facility, inputted at multi-billion-naira commercial environment, is capable of generating 20 to 30 percent of the state’s annual revenue.

In the running fiscal year, Ayade gave a curious state budget of N1.043 trillion for a state that picks up far less than N5 billion from federation account allocation (FAAC).

Ekpenyong the Summit Hill Estate managing director told Musa Kimo, the assistant inspector-general of police (AIG) in charge of Zone 6, Calabar that they were faced with a huge challenge of vandalization of the Summit Hill facilities.

“As we speak, the monorail is no longer working because the cables have been vandalized. Most of our equipment and facilities installed at the Convention Centre have been carted away by criminals,” he said.

“The governor (Ayade) directed that (our) foremost task was to revamp the entire security architecture of Summit Hills; and it struck me that there was no police presence within such a large estate. So, I found it necessary that we should have a police post situated within the estate,” Ekpenyong said.

“For me to achieve this vision at the Summit Hills Estate, I need the support of the police authorities to ensure that the issue of insecurity is nipped in the bud,” he said.

Other hitherto top-class tourist sites in the state, which often posts as a service-driven economy, include: Obudu Cattle Ranch, the hilltop alluring facility where international conferences and daily visits have thinned out. It is on record that for more than four years, the Ayade administration has not held the once internationally popular Obudu Mountain Race, approved by the World Mountain Running Association (WMRA).

It was due to expected huge visitor traffic to the Obudu Ranch resort that kept the Bebi Airstrip at Obanliku Local Government Area eminently busy. The airstrip was built by former governor Donald Duke administration, and subsequently expanded and upgraded by the succeeding Liyel Imoke administration. Today, services are at freezing mode, with visitor traffic uneconomically low.

Curiously though, today, Ayade government is touting with the move of building another cargo airport at an appropriated farming area of Obudu Local Government Area of the state. Site clearing of the place received humungous farmers’ fury months back.

For the Marina Resort, a seaside centre which used to host shows, talks, with a hotel and amusement park in tow, is now taken over by weeds and bay side gangsters. The carousel and hotel had since been abandoned by their operators.

Other neglected tourist sites yet are: the Nkarasi Monoliths at Ikom; Kwa Falls at Akamkpa; Mary Slessor House and Tomb at Akpap Okoyong; Calabar Old Residency, among many others.

Meanwhile, Kimo, the AIG Zone 6 Police command has promised to partner with the Cross River government to enhance security at the multi-billion naira Summit Hills Estate.

The Zone 6 headquarters oversees police commands in Cross River, Akwa Ibom, Ebonyi and Rivers States. The AIG assured that the zone “will partner with you at all times to ensure we contribute our own quota to the safety of lives and property. We are here to serve you; and we have a duty to protect properties like the Summit Hill Estate, which is a very important infrastructure to the economy, Kimo stated. 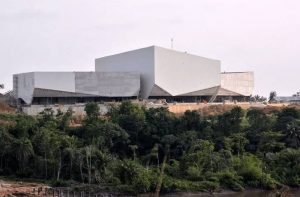 He advised Ekpenyong to get acquainted with the Commissioner of Police in the state, Austin Agbonlahor, to kick start the processes, which he (Ekpenyong) said he had already done.