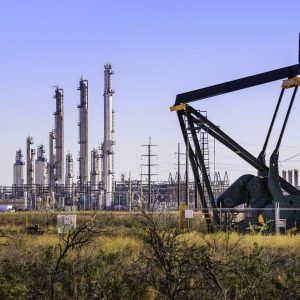 A trading surplus or trading deficit is derived after deduction of the expenditure profile from the revenue for the period under review.

Garba Deen Muhammad, group general manager, group public affairs division of the company, outlining the report in a statement made available to businessamlive.com specifically referred to the report as noting that “the increase in trading surplus was due mainly to the increased sales of crude oil and gas by the Nigerian Petroleum Development Company (NPDC), an upstream subsidiary of the NNPC, and the increased gas sales and depreciation postings by the Nigerian Gas Company (NGC).”
The report, Muhammad explained, also recognised that the surplus recorded for the month was further bolstered by the performance of Duke Oil and the Nigerian Gas Marketing Company (NGMC), all of which aided the improvement of bottom line.
The June report showed a massive recovery by NNPC Limited from a loss position in the month of May 2021 when it posted a deficit of  ₦37.46 billion.
The June 2021 figures of the NNPC Monthly Financial and Operations Report (MFOR) showed that group operating revenue was down by 9.07 percent or ₦89.27 billion month-over-month to print at ₦894.64 billion in June.
It also noted that similarly, expenditure for the month under review decreased by 29.32 percent or ₦299.44 billion to print at ₦721.93 billion.
“Thus, in the period under review, expenditure as a proportion of revenue was 0.81%, compared to the figure in May which stood at 1.04%,” Muhammed stated.
According  to  the report, to ensure continuous supply and effective distribution of Premium Motor Spirit (PMS) across the country, a total of 1.63 billion litres of PMS translating to 54.50 million litres/day were supplied in June 2021.
The report also showed that pipeline vandalisation was down by 26.56 percent as 47 pipeline points were vandalised compared to 64 points recorded in the month of May 2021. It added that Port Harcourt area accounted for 43 percent, while Mosimi and Kaduna areas accounted for 51 percent and six percent, respectively.
Reporting on its activities in the gas sector, NNPC Limited said a total of 223.77 billion cubic feet (bcf) of natural gas was produced in the month of June 2021, which translated to an average daily production of 7,459.88 million standard cubic feet per day (mmscfd).
“For the period of June 2020 to June 2021, a total of 2,890.11bcf of gas was produced representing an average daily production of 7,321.36mmscfd during the period,” the company disclosed.
In terms of period-to-date, it said production from Joint Ventures (JVs), Production Sharing Contracts (PSCs) and NPDC contributed 59.84 percent, 20.26 percent, and 19.90 percent, respectively, to the total national gas production.
Deen Muhammad explained that the June MFOR, which is the 71st edition, highlights NNPC’s activities for the period of June 2020 to June 2021.
“In line with its commitment to transparency and accountability, NNPC has continued to sustain effective communication with stakeholders through this report via publications on its website, independent online news portals and in national dailies,” he noted
Businessamlive Website Stats