Despite an all pervading low appetite for risks by investors in the domestic market, which saw several participants shifting investment attention to the OMO market, and leaving equities without fresh funds injections or ‘new buys’ in 2020, the local bourse still pulled up a stellar performance on the African scene, enough to be rated one of the best performers among various exchanges in the world. 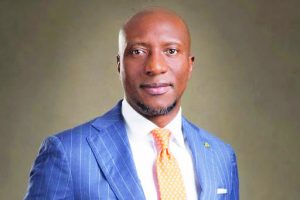 The stock market in Lagos outperformed both the Nairobi (NSE20) and Johannesburg (all-share) counterparts by a wide margin in 2020, gaining 50 per cent over the full year. According to the data from the Nigerian Stock Exchange, the reason for this stellar performance was the changes in asset allocation by domestic investors which, it said, accounted for 65.3 per cent of transactions by value in January-November, in contrast to 51.2 per cent in the comparable period in 2019.

Though retail is an essential element of the domestic investor base, alongside the institutions, it represented 45 per cent of domestic transactions in January-November.

Noteworthy is the fact that this 2020 rally was seen by many analysts as remarkable, based on the fact that as of late September 2020, the NSE All-Share Index was still in the negative, year-to-date. Thus, significant drivers in the course of the year were the listed cement companies within the industrial goods index, which performed at 90.8 per cent. On the other hand, and unsurprisingly so, the oil and gas indices led the worst performers during the period under review.

In a first note reaction on this rally, analysts at FBN Quest opined that, during this surge in 2020, foreign portfolio investors were bystanders and so had little or no appetite to take position in the local market, until there was a twist in the fixed income market.

“Returns on FGN paper, the NTBs most of all, crashed last year, leading domestic players to revisit the stock market. Our assumption is that Pencomm’s monthly reports for October and November on the assets under management (AUM) of the PFAs will bear out this explanation. The share of equities in total AUM was just 5.1 per cent at end-September. Foreign portfolio investors (FPIs) have been bystanders during the surge, the focus for the majority being navigating the pipeline of delayed external payments and making an exit,” they stated.

Abiola Adekoya, Lead Wealth Advisor at Artios Capitals, in a webinar titled: ‘THE NAIRA IN 2021: Optimising Choices for Growth’, organised to discuss the outlook for the Nigerian Naira in 2021, stated that: “The rally in 2020 was seen beforehand as portfolio investors were cautious more than before. Currently, it is a walk-in and see routine. In 2020, pension fund administrators (PFAs) were investing despite most finding difficulties in buying equities in the local market.”

Meanwhile, in emerging markets (EM), portfolio investors are generally chasing good GDP and household consumption growth as well as market-friendly reforms. “Other than possibly Kenya, they are looking in vain. They are also drawn to new issues: the NSE can point to its gradual steps toward its own demutualisation and thereby join its Nairobi counterpart to attract more investors from by-standing,” FBN Quest analysts said.

But, for many foreign portfolio investors, they said an IMF programme can underpin good policy in operation. However, none of the three African governments has such policy currently in place beyond the condition-free credits to support economic resilience in the face of the global health pandemic. Thus, the African bourse of choice for international portfolio investors remains Egypt, which has an IMF arrangement, and further afield they favour Vietnam, Bangladesh and the Philippines.

Meanwhile, the Nigerian government has only ever signed four arrangements with the IMF, and never drawn down funds. The last South African arrangement with the international fund predates majority rule. Kenya will probably be the next to sign up and draw down tranches.