The U.S. dollar slipped against a basket of major currencies on Tuesday, as concerns over the U.S. economy and expectations that the Federal Reserve will prove accommodative at a meeting this week weighed on the greenback. 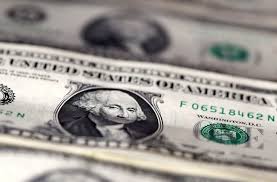 The dollar index, which measures the greenback against six major currencies, fell 0.21 percent to 96.322, hovering close to a more than two-week low touched overnight. The euro and the yen made modest advances against the U.S. currency.
Traders are focused on the Federal Reserve, which kicked off its two-day policy meeting on Tuesday, for clues about the likely path of U.S. borrowing costs and whether the central bank will affirm its commitment to “patient” monetary policy, analysts said.
Investors will particularly look to see whether policymakers have sufficiently lowered their interest rate forecasts to more closely align their “dot plot”, a diagram showing individual policymakers’ rate views for the next three years, analysts said.
“What we are seeing is the market positioning for potentially a more dovish tone tomorrow,” said Minh Trang, senior currency trader at California’s Silicon Valley Bank.
Also expected is more detail on a plan to stop cutting the Fed’s holdings of nearly $3.8 trillion in bonds, analysts said.
“We might get a little bit more detail on that but any kind of “back to normal,” meaning back to the way the Fed used to be in terms of its balance sheet, I think that has more or less been taken off the table,” said Trang.
On Tuesday, data showed new orders for U.S.-made goods rose less than expected in January and shipments fell for a fourth straight month, offering more evidence of a slowdown in manufacturing activity.
The Australian dollar, which has advanced in recent days helped by the U.S. dollar’s weakness, was about flat on the day after minutes of the Reserve Bank of Australia’s (RBA) March policy meeting expressed concern about the housing market.
The New Zealand and Canadian dollar edged higher against the greenback.
Volatility in foreign exchange markets is at its lowest in five years and analysts say recent decisions by the Fed and other major central banks is contributing.
“Central banks are like a fleet of planes on the runway and they are all kind of circling around the tarmac and no one really wants to take off,” said Trang.
Sterling was up 0.17 percent at $1.3276. It reversed earlier gains on Tuesday on concerns that British Prime Minister Theresa May’s request for postponing Brexit was running into complications with the European Union.
Businessamlive Website Stats