In the course of last week, the local bourse took a breather after a stellar run that spanned three weeks and pushed last year’s annual return to the highest in at least a decade. In focus, the Industrial Goods sector weighed on the market chiefly due to selloffs on the sector heavyweight, Dangote Cement, which had gained massively in the run-up to the commencement of its share buy-back programme. 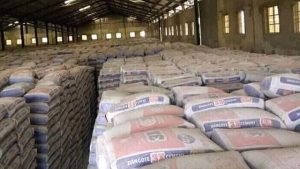 However, market investors and analysts expect market sentiment to remain favourable in the equities market amidst the unattractive fixed income yield environment as profit-taking activities will likely buck the uptrend observed in overvalued stocks.

The domestic equities market opened the first week of the year on a bearish note as the All-Share index was down 0.37 per cent from the previous week to settle at 40,120.22 points. The negative performance was on the back of losses in Dangote Cement (-8.1%), MTN Nigeria (-2.8%) and Oando Plc (-4.1%). Consequently, market capitalisation declined by N78.7 billion to close the week at N21 trillion while the market year to date return stood at -0.37 per cent.

The performance was bullish across sectors as 4 of 6 indicators closed in the green, save the Industrial Goods and AFR-ICT indices which lost 0.6 per cent and 0.5 per cent from the prior week respectively due to losses in Dangote Cement (-8.1%) and MTN Nigeria (-2.8%). Conversely, the oil & gas and Insurance indicators were the best performers, up 13.2 per cent and 9.5 per cent week on week respectively, buoyed by buying interest in Seplat Petroleum (+23.3%) and NEM Insurance (+28.5%). Lastly, the banking and consumer goods indices closed 3.2 per cent and 2.6 per cent higher from the previous week’s close respectively on the back of gains in Zenith Bank (+3.4%), GTBank (+2.0%) and International Breweries (+16.0%).