Last week, the market established a new all-time high, a market capitalisation of N20.28 trillion and the index was above the psychologically important level of 37,000 points for the first time since 2018. The strong performance can be attributed to positive corporate inflows, with investors positioning in Dangote Cement ahead of the first tranche of its share buyback programme, which will commence Wednesday, 30 December 2020. 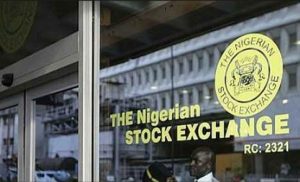 Upon resumption from the Christmas break on Tuesday 29 December 2020, market analysts expect profit-taking activities from investors to filter into the bourse on the back of the buying spree observed in the past two weeks, and which was mildly offset by sustained positive sentiment on counters that appear relatively under-priced.

The positive performance persisted in the equities market as the All-Share index advanced 5.42 per cent  week on week to 38,800.01 points on the back of gains in Dangote Cement (+22.5%), AXA Mansard (+25.0%) and OANDO (+27.3%). Consequently, investors gained N1 trillion as market capitalisation advanced to N20.28 trillion even as the market year to date return advanced to an astonishing 44.5 per cent, higher than the FY2017 return of 42.3 per cent.

Meanwhile, the NSE 30 Index marginally advanced by 4.75 per cent week on week to close at 1,568.25 points as against 1,497.16 points as on the previous week. Market turnover closed with a traded volume of 300.29 million units. Flour Mills and FCMB were the key gainers, while Lafarge Africa and Guaranty were the key losers.