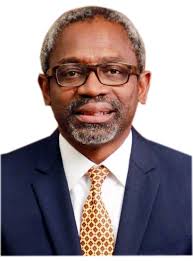 Experts have attributed the cause of the excessively reduced insurance penetration rate to the inability to meet up with the pace of insuretech, lack of faith in the industry, constant failure to pay premiums, ignorance about the industry, negative perception, low per capita income, cultural constrain, low capital base, among others.

In its attempt to raise the bar, the insurance regulatory body, National Insurance Commission (NAICOM), had introduced the tier base minimum solvency capital. Unfortunately, however, the supposed new deal did not see the light of the day as a move to jettison it was orchestrated by insurance companies, hence the introduction of a recapitalisation exercise.

While some insurance companies welcome the exercise and agree that it would help strengthen the roots of insurers and have thus worked towards meeting up with the December deadline, others have regarded it as an ache in the tooth, and have continuously sought for extension in date.

Recently, SUNU Assurance Nigeria Plc revealed an increment in shareholders’ fund to N6.61 billion in 2020 from N3.47 billion in 2019 in preparation for the first phase of recapitalization.

“We have continued to focus on our strategic strengths, centred on our technologically differentiated service delivery and operation. We are also introducing initiatives that will delight our customers, which are geared towards being a customer-centric company with firm aspirations of achieving sustained and orderly growth in the coming years,” said Samuel Ogbodu, the managing director and chief executive officer, SUNU Assurance.

However, in another development, the house of representative, due to petition received from insurance industry – whose NIACOM’s policy of recapitalisation did not sit well with – has asked that NAICOM considers an extension in the first phase of recapitalization to help suppress the hit felt by insurance companies as a result of the global pandemic, alongside the #EndSARS protest destructions.

This has caused a mixed feeling for stakeholders. While many insurance companies bask in merriment and consider the extension a Yuletide present, experts and stakeholders have explored the implication of the extension.

In the view of Ekerete Ola Gam-Ikon, a management strategy-insurance consultant and practitioner, in a monitored television interview, posited that the lower house chamber has done well by taking a look into the issue. He, however, said that there is a need for the house to further look into critical issues affecting the industry.

“The National Assembly represents the people and they have spoken. However, there is a lot more consideration to take regarding this issue. I wish that the national assembly would also look at the critical issues affecting the insurance industry, besides recapitalisation which are; non-payment of claims and poor adoption of awareness by Nigerians.

“My expectation would have being that they would see the opportunity to look at a lot of other things that are affecting the industry because as you know, it came at a time when the national assembly, the house of representatives, in particular, was holding the public hearing and in all of that, I didn’t seem to hear anything that engages the interest of the people,” said Gam-Ikon.

He also suggested that licenses be withdrawn for insurance firms who are unable to meet up with the deadline as a solution to restoring public confidence in the industry.

“In my own view, the regulators ought to take practical steps to agree with the fact that these companies have gotten to the point where they can no longer continue, so let’s withdraw the licenses of these companies and give confidence to the public that the regulator is doing what it is supposed to do,” the strategy and insurance expert asserted.

As the year 2020 wraps up, stakeholders patiently await the fate of insurance firms for the coming year. Should insurance companies continue to demand an extension, it will pose a negative or terrible picture for investors.

However, NAICOM would have to come into play in determining what becomes of companies found wanting. Perhaps to withdraw licenses of deferring firms as it could stand as a deterrent to other players within the industry on the need to build a resilient industry and trustworthy insurance market capable of competing globally and attracting investors who are on the prowl for higher returns on investment. Similarly, insurance companies could consider a merger to help strengthen their holds in the industry, thereby making solid their capital base.