By Sade Williams/Business a.m.
Debts owed the Nigerian Civil Aviation Authority (NCAA) by indigenous airlines on the statutory five percent Ticket Sales Charge and Cargo Sales Charge (TSC/CSC) has risen to over N19 billion and $7.8 million in the last few years.
The airlines it was gathered are also indebted to the Federal Airports Authority of Nigeria (FAAN) and the Nigerian Airspace Management Agency (NAMA) to the tune of N18 billion and N5 billion, respectively.
The airlines owe FAAN landing and parking charges, while they are also hugely indebted to NAMA in terminal and navigational charges. 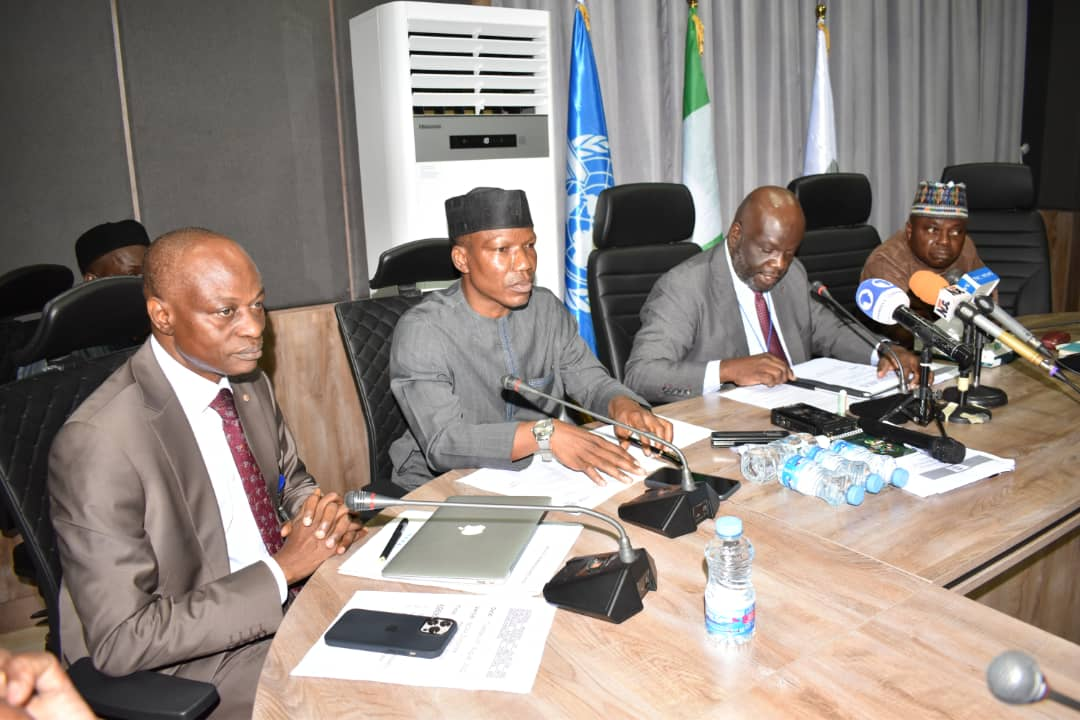 Musa Nuhu, director-general, NCAA at a stakeholder meeting held with indigenous airlines and ground handling companies in Abuja last week, warned that if the debts owed the agencies were not paid back immediately in the next few weeks, the aviation organisations may collapse.
Nuhu also gave the operators one month ultimatum to sign a Memorandum of Understanding (MoU) with NCAA, which would stipulate the repayment plans of their debts to the agency.
Nuhu expressed disappointment over a letter, which emanated from the Airline Operators of Nigeria (AON), signed by its president, Abdulmunaf Yunusa, and Hadi Sirika, minister of aviation, that accused the agencies, especially the NCAA, of muscling out the operators through multiple charges.
The NCAA chief, who noted that the airlines and the entire aviation industry were going through a very difficult period, especially at this time, insisted that all the charges collected by NCAA were statutorily and in compliance with the Civil Aviation Act 2006.
According to him, the airlines were not responsible for the payment of TSC/CSC, but only collect such on behalf of the agencies from the passengers and wondered why the operators would accuse it of engaging in multiple levies.
Nuhu further debunked the claim that the NCAA imposes excess baggage charge on the airlines.
He further compared and juxtaposed the levies imposed on operators in Nigeria and Ghana, and reeled out the huge differences.
The NCAA helmsman explained that for any of the charges to be repealed, it would have to go through the National Assembly and must be assented to by the President of the Federal Republic of Nigeria.
He also decried that out of the five percent TSC/CSC, the agencies still remit 25 percent of their revenues to the Consolidated Revenue Account created by the federal government and advised the operators to always cross check their facts before going to the public.
He added: “NCAA relies 100 percent on its internally generated revenue (IGR). The 5 percent TSC paid by passengers is 85 percent of NCAA revenue, while the other 15 percent comes from airlines as payment for services provided and they are all cost recovery. We don’t also impose any excess baggage charge on the airlines. I wonder where the operators saw this.
“The airlines have intentionally refused to pay the debts owed us despite the fact that they have collected such from the passengers. The airlines collect money and refuse to transmute such to the right authorities. AON wants us to provide services for free for them. What the airlines are trying to do is to defunct the NCAA. You have refused to give us our legitimate money. The fees we are charging the airlines are just cost recovery and we are actually subsidising the airlines.”
Also, Mathew Pwajok, acting managing director of NAMA, reiterated that the charges of the agency were minimal when compared to other countries around the world.
He, however, disclosed that the airlines owed NAMA over N5 billion for services rendered to them over the years.
Rabiu Yadudu of FAAN, also disclosed that the airlines owe the agency N18 billion and debunked the claim that it charges the airlines indiscriminately as claimed in its letter.
He declared that FAAN was not imposing any new burden on the airlines, stressing that its landing and parking charges for international operators were last reviewed in 1998, while for the local airlines, it was reviewed last in 2002.
He said that there was the need for the charges to be reviewed by the agency, stressing that within the period, the airlines had reviewed their air tickets on numerous occasions.
Responding, Kashim Bukar, managing director, Skyjet Airline, wondered why the NCAA director general brought the issue to the public glare.
He said that rather than make it a public issue, the NCAA should have called the operators into a closed door meeting to discuss the issue.
Edward Boyo, managing director, Overland Airways and a trustee of AON, however, apologised to the NCAA for the letter.
“I’m a trustee member of AON. On behalf of AON, I hope to apologise to you [over] the letter. The letter wasn’t intended to have this effect. Some parts of the letter were inappropriate. We apologise and I want to crave your indulgence to drop the issue,” he said.
Besides, Allen Onyema, vice president, AON, said he was seeing the letter for the first time and expressed disappointment with some of the contents.
He regretted that there were factions in AON, which had prevented them from speaking in one voice.
Onyema agreed that he was at the meeting with the Ministries of Finance and Aviation where the issue of skyrocketing price of Jet A1 was discussed, but insisted that no one maligned the image of NCAA or any aviation agencies at the meeting.
Businessamlive Website Stats