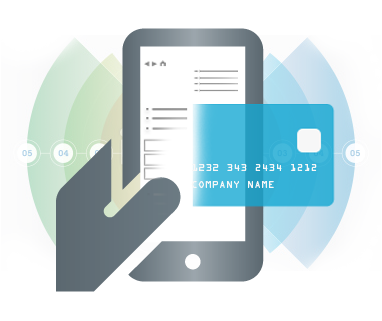 While there was a steady growth in transactions volume and value across the electronic payment channels, the report showed that the PoS channel remained the most used, as it accounted for 64 per cent of the total transactions value in the month.
According to the study, in 33.3 thousand separate deals, N246 billion was spent over PoS terminals in April, which was an increase over N217 billion recorded in the preceding month.
NIBSS further disclosed that total registered PoS terminals rose from 270,111 in the previous month to 287,213 in April. This showed that an additional 17,102 new terminals were registered in the month. Number of deployed terminals also increased from 221,956 in March to 232,900.
The value of electronic bills payment (E-bills), which allowed customers to pay utility bills such as power, cable and so on online stood at N47.8 billion in the period under review. This also represented a two per cent increase when compared with N46.9 billion payments made through the platform in March.
Mobile transfers also continued to gain traction, as N41.5 billion was exchanged over the platform in the period under review. Compared with N38.4 billion recorded in the previous month, the channel also grew by seven per cent.
The NIBSS study also showed that N37.5 billion was withdrawn through the automated teller machines (ATM) across the country. This was 73 per cent higher than N9.8 billion recorded in the preceding month. Through the NIBSS Instant Payment (NIP) channel, transactions valued at N8.2 billion were recorded. This was a marginal decline compared with N8.5 billion recorded earlier.
However, with the growth in electronic transactions, there are also concerns over rising electronic frauds. Confirming this fear, Nigeria
Electronic fraud forum (NeFF) recently disclosed that a total of 63,895 bank customers lost N3.6 billion to cyber fraud in two years – 2017 and 2018.
The Chairman, NeFF, Sam Okojere, who is also the Director, Payments System Management Department, Central Bank of Nigeria, disclosed this while presenting NeFF’s 2018 annual report on: ‘Emerging fraud threats: An evaluation of the industry cyber security posture.’
He said: “In the latest Nigeria Inter-Bank Settlement System fraud landscape report, it was reported that an actual loss of N2 billion was suffered by the industry in 2018 compared to N1.6 billion in the preceding year. “The volume also increased to 38,852 from 25,043 reported in 2017. Of these figures, the mobile channel recorded the highest volume and value, with an estimate of 11,492 in volume and N598.8 million in actual loss value, calling for concerted efforts by all stakeholders to tame future escalation.”
Figures released by NIBSS also revealed that attempted fraud in 2018 was valued at N9 billion.
The NIBSS stated: “The ATM channel recorded the second actual loss fraud value. In spite of this remarkable increase in reported fraud volume this year, its actual loss increased by 25.7 per cent in value when compared to last year.”
Okojere said that phenomenal growth and transformation of any payment system like Nigeria’s would naturally be accompanied by corresponding growth and sophistication in electronic and cyberfraud schemes. What might differ, he noted, was the approach adopted by the regulators and operators in responding to any such threats.
He, however, noted that with partnerships in the industry, current threats to the e-payment system will be conquered. According to him, evidence of such partnerships from the past involved major collaboration with the Office of the National Security Adviser to utilise the Nigerian Computer Emergency Response Team domiciled in the office to address cyber challenges faced by members of NeFF.